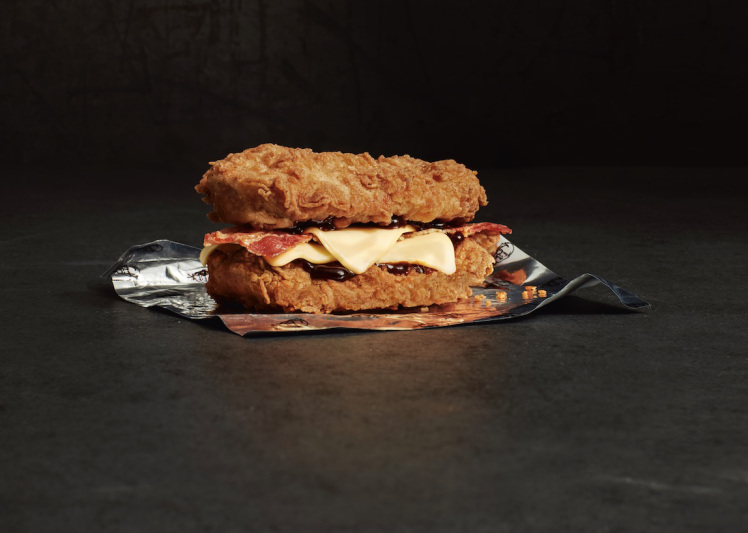 For years everyone in the UK had heard about and dreamed of eating the KFC Double Down – two pieces of KFC chicken effectively used as burger buns surrounding a filling of cheese and bacon – and for a brief period last October we were finally blessed with its presence over here, only for it to be taken away from us way too soon thanks to KFC’s limited edition policy.

The hurt may finally be over though as it looks as though the Double Down is returning to these shores next week. In a marketing campaign that I can only describe as excellent (in that it got me to write about it almost immediately), KFC found our old article about it from eight months ago and retweeted it saying that it might be relevant once again. Then when someone asked about it they ‘cryptically’ tweeted the date next Monday – 02/07/18.

Yeah, really trying to keep that subtle and quiet there huh KFC? In fairness though giving how popular and awesome the Double Down was last time it hit these shores, you probably don’t want to scream and shout about it from the rooftops because it will likely be constantly sold out everywhere. And we definitely don’t want that to happen before we’ve had a chance to sample it again do we?

If you can’t get your hands on a Double Down though, maybe try this vegan version. Just as good apparently, although I’m not personally convinced.