There are many to meet your maker, but choking on one of The Colonel’s wings isn’t necessarily something you’d expect to happen; however, when it comes to eating contests, this kind of thing is always a risk.

Unfortunately, during one of the final rounds of the Eat or Treat chicken eating contest which was held in an Indonesian branch of KFC, keen contestant Fredy Jayadi, 45, choked while trying to wolf down three chicken wings in under five minutes. (Seems pretty minor, no?) 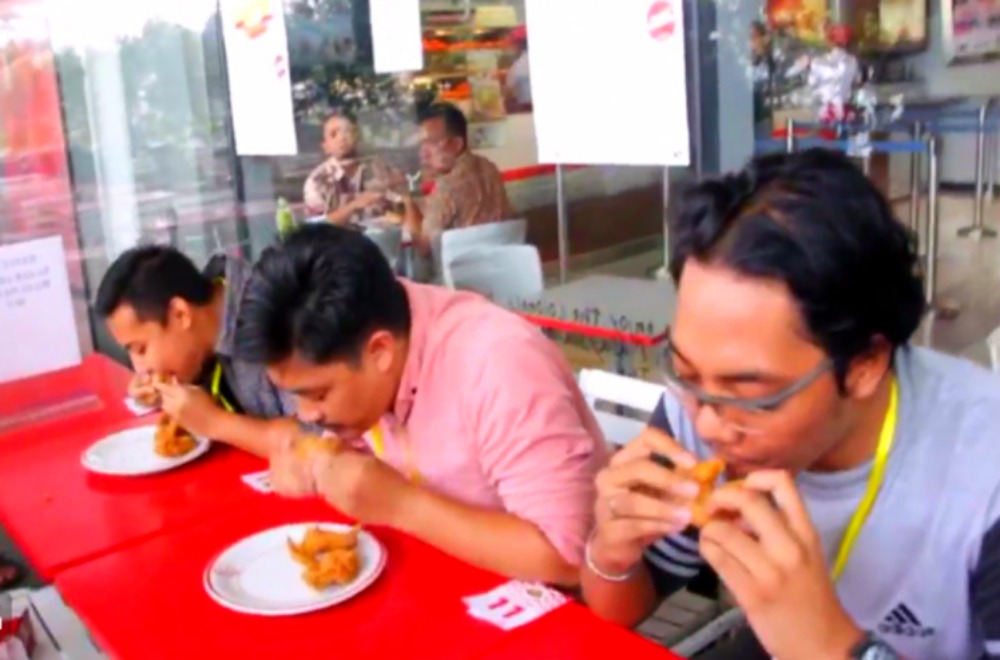 The poor man tried to flush the rogue wing down with water, before resorting to more forceful methods, but alas, it didn’t work and he died later in hospital.

As a result of the incident, the O2 Accion organised event has now been cancelled pending further investigations and the $5,000 grand prize is no longer up for grabs.

Although KFC offered their restaurant as a host venue, they deny any direct affiliation with the event itself.

A spokesperson for the official event organisers said:

We hold ourselves (and not any other parties) responsible towards such an unforeseen event, including any further issues arising out of this incident.

Pretty harrowing stuff; it goes to show just how dangerous stuffing your face can be. On the bright side – Burger King is now officially serving beer.