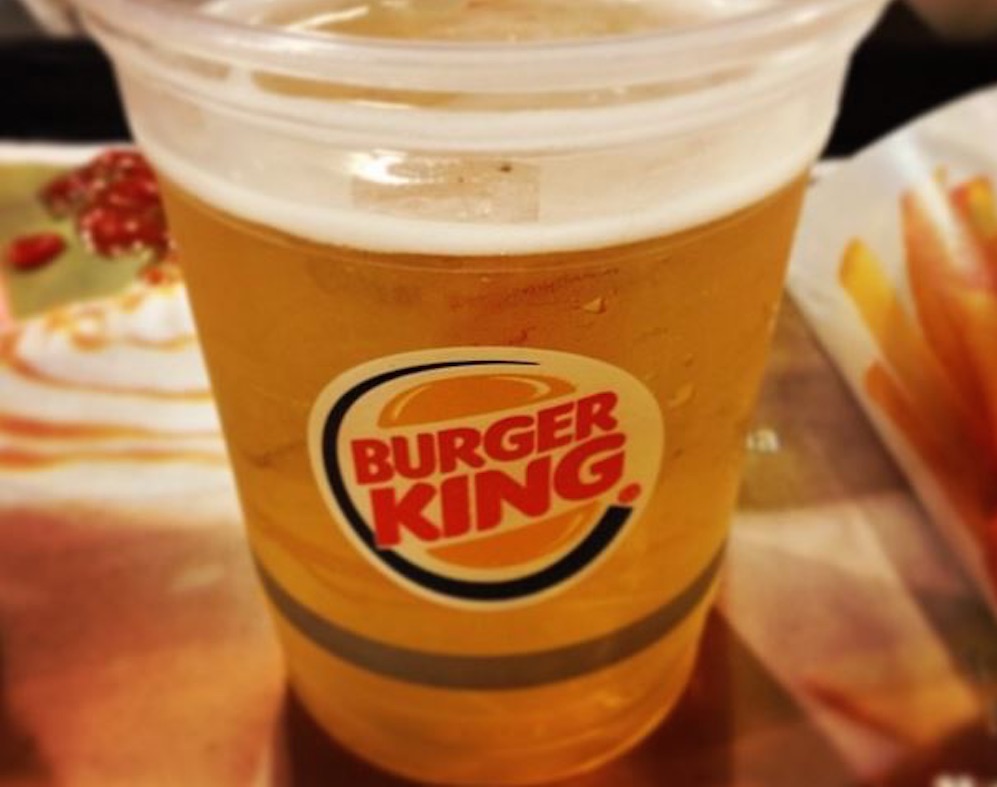 ‘I’ll have a whopper and a pint please.’

The rumours are true – Burger King are going to start serving beer at their restaurants, so you could theoretically be getting a pint alongside your Whopper next time you hit up BK.

This is a major milestone as it’s the first time that a fast food restaurant has been allowed to sell alcohol in the UK and will likely pave the way for similar practices in your other favourite fast food joints like KFC and McDonald’s. The first Burger King to sell booze will be the one in Waterloo station after approval was granted by Lambeth council. 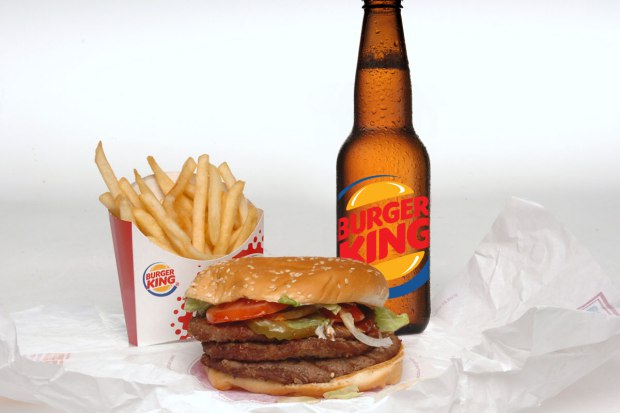 Sadly though there are some limitations on what they’re actually allowed to do. They’re only  allowed to serve between 1pm and 8pm – so you won’t be able to grab a beer with your post night out double bacon cheeseburger unfortunately – and the beer served has to be less than 5%. It will almost certainly taste like warm piss too, but if you’re drinking beers at Burger King you’re probably not going there for the quality.

Also, Burger King weren’t allowed to start serving beer at Paddington and Victoria after the police raised concerns about drunkenness, so it might be a while before we see booze served in fast foot outlets as standard. It’s definitely going to happen sooner rather than later though.