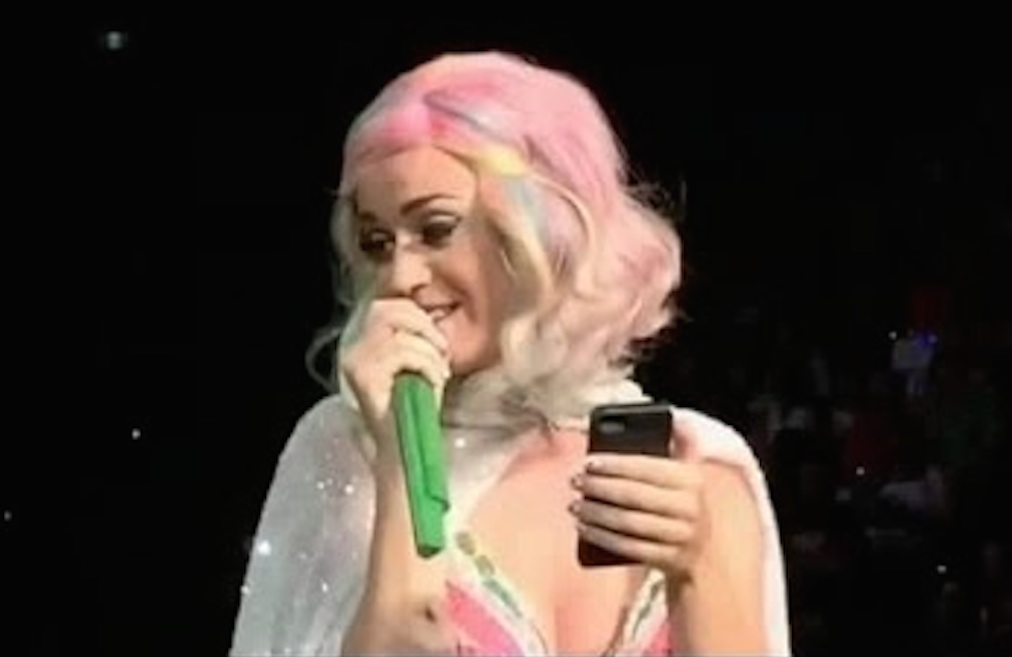 I bet her boyfriend never expected something like this to happen.

Katy Perry hasn’t really done anything outrageous recently and is probably well down the list of pop singers who everyone is talking about all the time (see Taylor Swift and Miley Cyrus), but she might jump up a few spaces on the list after this pretty badass incident at a recent concert in Melbourne.

It’s unclear what was happening prior to this, but for some reason Perry decided it was a good idea to grab a fan’s phone and see who she was whatsapping during the performance. Unfortunately for Perry, it seems like she was messaging her ex-boyfriend, who was absolutely not a fan of the singer, clearly saying that he heard that she couldn’t sing live (I suppose he had seen this video).

Perry’s reply to this was unbelievable (there’s a video of it going down too in case you didn’t believe it was real): 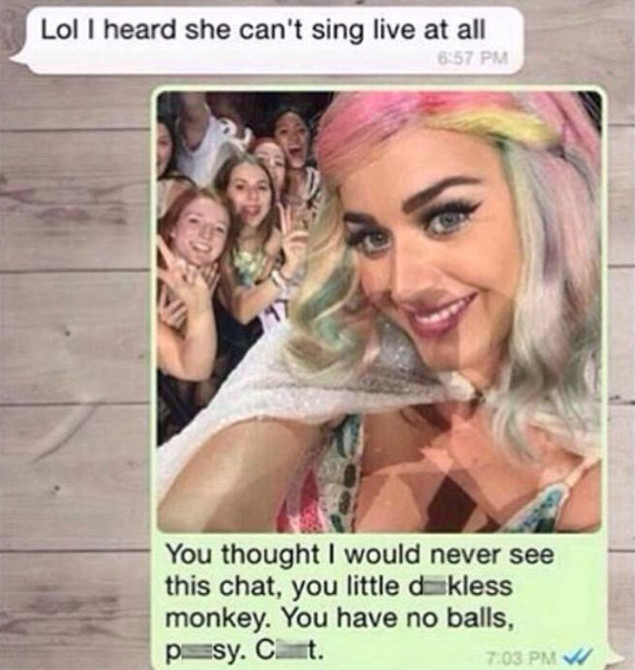 Wow. Sure, you might say that there isn’t really any need for that kind of language but I think it just makes the whole thing even more funny. I also really like the way the boyfriend got so rinsed by that he was too scared to even reply, even though he clearly received the message as you can see by the two blue arrows in the corner. I guess Katy Perry was right and he is actually a little dickless monkey.

It’s also funny to note that Katy Perry was playing a show at 7pm, which is hardly the time you would expect the headline act to be on when you go to an arena. Unless you go and see some PG-13 rated shit like a Katy Perry show that is.