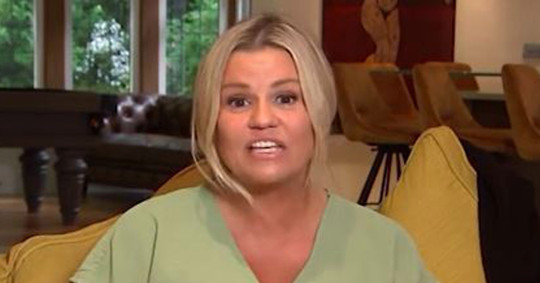 What the hell is all this about?

I didn’t really want to say it at any point – and I haven’t over the last few months – but it really seems like ‘Good Morning Britain’ has majorly dropped in quality since they fired Piers Morgan, reaching a new low point today where they roped in Kerry Katona to share her opinions about people pissing in the sea.

The debate was hosted by Ranvir Singh and Kate Garraway with TV presenter Nick Ede saying he thought that it was fairly harmless, even if people were swimming nearby. Katona couldn’t have disagreed more though, pretty much losing the plot and threatening to kill Ede for saying that he thought it was OK:

It’s like going into a communal toilet, having a pee, then not washing your hands.

That’s exactly what you’re doing when you’re going for a pee in the sea.

As an adult it’s something I really frown upon.

Yeah I suppose she has a point, but don’t most grown people think that it’s fairly rank anyway and resolve not to do it? Even if people do actually do it, except for Nick Ede I don’t think many people would actually admit to it in public, do you? Do we actually need a debate on the subject?

It seems kinda weird that this is one of the main talking points on a national news program, even on a slow news day. Sort it out Good Morning Britain.

For more of the same, check out when she started a weird campaign against Will Smith because he complimented her boobs ten years ago. That was a strange one.