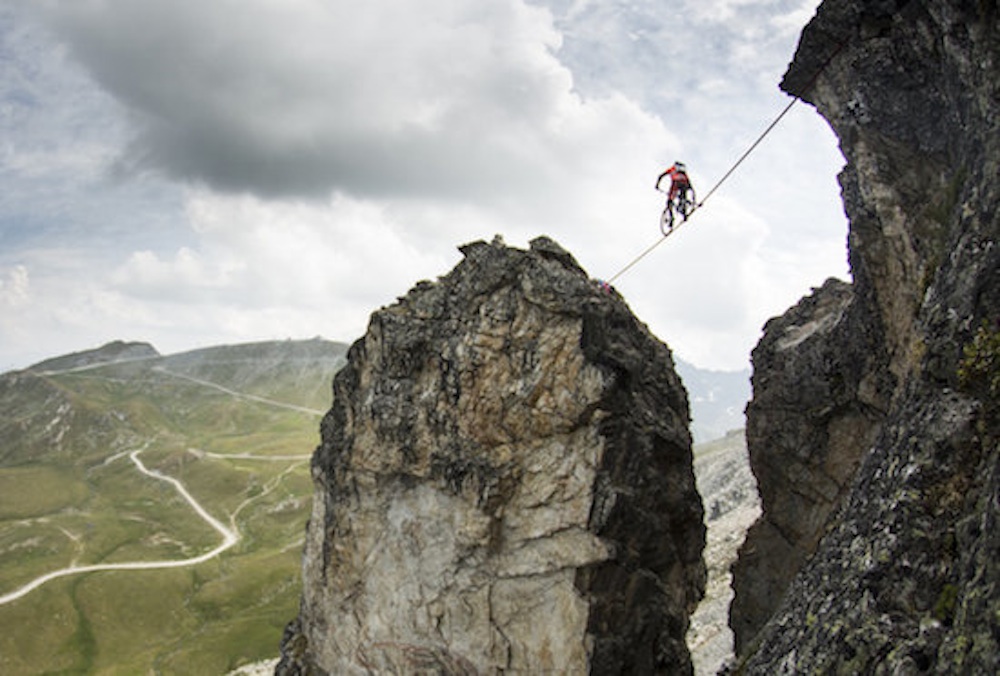 These guys just keep raising the bar over and over again.

Extreme sports athletes are always looking for the next buzz and to do something that nobody else in their discipline has accomplished yet, and quite frankly it’s getting kind of ridiculous. The best thing about it though is that these guys keep on smashing the ludicrous tasks that they set themselves and it’s pretty inspirational to be honest.

The latest is a bike dude called Kelly Belaey, who decide it would be a good idea for him to try and ride his bike over a slackline set up on a gorge that was 112m above the ground. And guess what? He absolutely smashed it.

Ok, so his bike was attached to the line so it wasn’t actually that dangerous because he wouldn’t have died if he had fallen off, but it still takes a lot of balls to do something like that so mad props. You can bet it won’t be too long though before some other crazy biker decides to do it without any safety equipment though right?

If you liked that, check out this guy breaking the record for the longest and highest slackline walk without any safety equipment a few weeks ago.