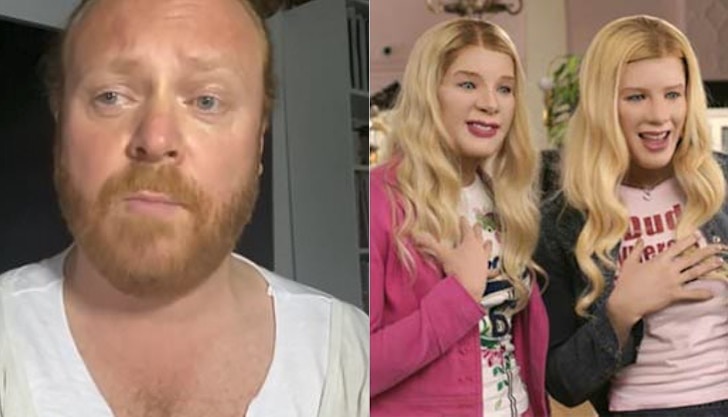 Blackout Tuesday was only two days ago.

It really did seem on Tuesday that a lot of people were reading more literature and becoming more aware of the systemic oppression that black people have faced their entire lives after Blackout Tuesday, but I did kind of feel that a lot of people were just chaining their profile pictures to show solidarity and not  and weren’t really going to do anything about it afterwards.

It’s only been a couple of days and this theory has already been pretty much proven seeing the reaction to Keith Lemon/Leigh Francis’s tearful apology for dressing up as black people during his time on Bo Selecta twenty years ago. You can see that video below:

Following recent events, I’ve done a lot of talking and learning and I would like to put this out there. I want to apologise to anyone that was offended by Bo’selecta. I’m on a constant journey of knowledge and just wanted to say I’m deeply sorry. #blacklivesmatter

I mean that’s completely legitimate in the wake of recent events. I suppose you could argue that he should have been more aware at the time, but everyone was laughing along with him and nobody was calling him out so I think it’s probably OK to admit that it was sadly seen as acceptable at the time.

However, a whole bunch of people who clearly haven’t learned anything from changing their social media profile pictures to a black square rushed to Lemon’s defence on Twitter, arguing that he didn’t need to apologise for using black face because the Wayans brothers had dressed up as white people in the terrible movie ‘White Chicks’. You couldn’t really make it up, could you? Completely missed the point.

Here are a couple of the dumbest, as well as a few people explaining why this is an issue more articulately than I ever could:

I didn’t like his show as wasn’t my cup of tea but this is getting ridiculous. Loads of TV shows dressed up as different people, all colours & genders.

The Wayans Brothers dresses up in White Chicks, will they cry on TV & apologise 🙄https://t.co/uvlAxWYRb9 via @DailyMailCeleb

Right, I want an apology from those two black gentleman who made White Chicks. Right Now!

I see your White Chicks and I raise you Soulman…

PS how far back we going? Do I need to dig out the Kia-Ora ads here or Al Jolson maybe? pic.twitter.com/abFebruRtg

I demand an apology for the fim white chicks

It’s not racist though. In that case Kevin Hart is a racist, he talks trash about white people on stage all night. White chicks movie is racist.

I’ve never seen nothing wrong with this artform. We all loved White Chicks and thought it was funny… and who didn’t love white Bob played by Martin? 😂 great stuff. Ignoring the spiritually broke woke is more important. If we let them they’ll ban all comedy. pic.twitter.com/hUQg5W7dT5

Didn’t the wayans make an hilarious film pretending to be white chicks.

The whole movement is being undermined with this shit. https://t.co/btRVWmhP2L

*White Chicks = Mocks white people, this is not offensive.

my PSA for today: white face is not the same as black face and the only reason the Wayans brothers need to apologise for white chicks is because it is terrible.

white chicks isn’t racist because racism has to be systemic and derive from power dynamics and white people are never not in a position of power because of the colour of our skin. comparing white chicks to black face is what’s racist

FFS White chicks is not a problem because it did not strengthen social or systemic racism against white people. Why? BECAUSE THAT DOESN’T EXIST. Learn about power dynamics and log off, Karen.

Hopefully the debate on Twitter will serve to educate some people about the differences between blackface and the Wayans brothers dressing up as white people in ‘White Chicks’, but it really does feel that the level of ignorance may never be lifted. We’ll keep trying though.