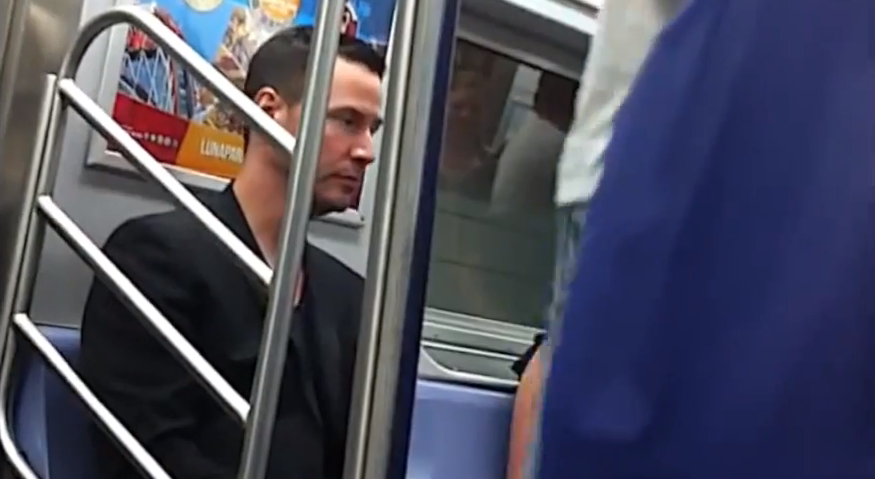 It’s been a while since Keanu Reeves has been in any films of note – I think the last one was a low budget movie called Henry’s Crime which we even reviewed on this site way back when – but I didn’t think things were going so badly in the development of Bill and Ted 3 that he was now being forced to take the subway.

It turns out they are and to make matters even worse, nobody even recognises him except for the guy filming this clip. This doesn’t stop Keanu being the absolute picture of class though by offering to give up his seat to a woman who is standing. To be honest I have a hard time doing that myself so for a big time movie star actor (or a former big time movie star actor) to do it instantly with no qualms really does show you what a genuinely good guy Keanu Reeves is.

He’s known for this kind of stuff within the business anyway, reportedly giving the $80 million he made from The Matrix to the special effects team and taking pay cuts in order to work with the greats like Al Pacino and Gene Hackman. Hero.