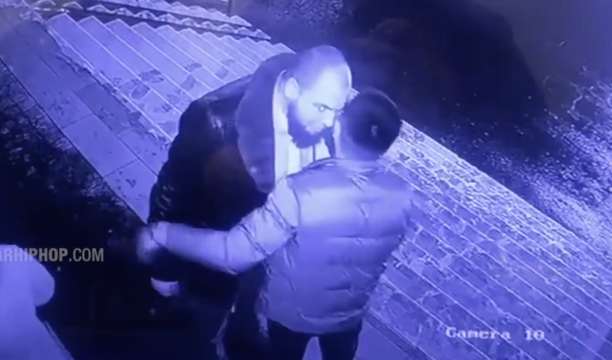 Picked the wrong clubber to intimidate.

This incident uploaded onto LiveLeak earlier takes places in Nur-Saltan, Kazakhstan, and there’s no other real context to it but at the same time there’s a solid story told in the clip.

It looks as though the clubber is trying to diffuse the situation and even goes in for a reconciliation hug. The bouncer responds by pushing him away and tries to intimidate him some more, until the reveller decides to put his lights out:

Goodnight. It’s just as well he knocked him out too because it looks like his mate was about to put a bullet in him. In fact he may have actually saved the bouncer’s life by punching him in the face? No need for guns where your fists are actual bombs I guess. You never know who’s got the hidden dragon in them and this bouncer found that out the hard way.

To watch a Geordie bouncer body slam a man through the pavement, click HERE. Just doing his job?