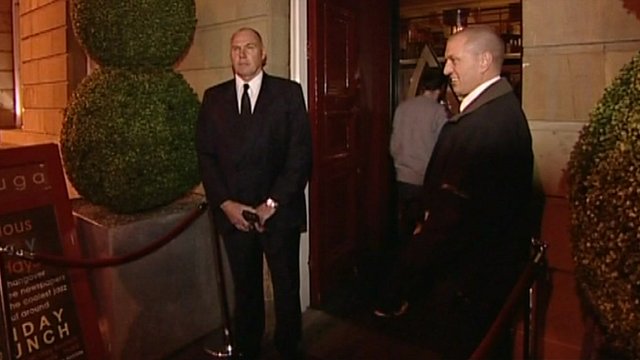 Not since the legendary Hulk Hogan have we seen a body slam of this magnitude. Except this guy’s been slammed onto concrete and isn’t moving. Not sure but he may have snapped his leg in half. He’s also very possibly dead:

Ouch. One thing we can all appreciate though is that the bouncer actually got up and walked away once he realised the guy was knocked out. Probably the second best thing he could have done aside from call an ambulance, but at least he didn’t keep laying into him like in so many other internet fight videos. Just doing his job? I guess it’s impossible to point fingers without knowing the full context.

For the opposite video – a cocky bouncer getting knocked out by a handy clubber, click HERE.