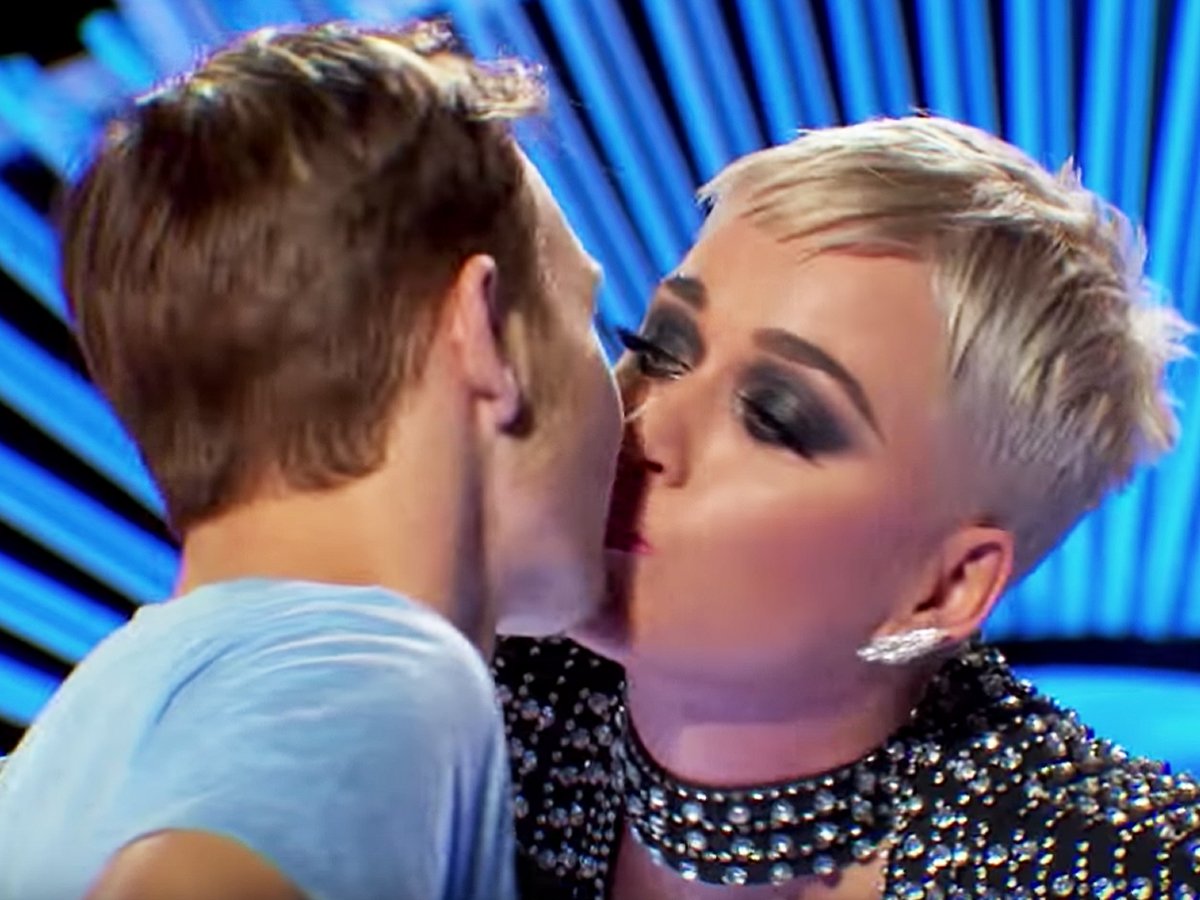 If you asked any guy – or probably even any girl – if they would like to lock lips with Katy Perry in a passionate embrace then I’m pretty sure that the majority of them would bite your arm off to be gifted the opportunity, but that isn’t how 19 year old Benjamin Glaze felt about it during a recent edition of American Idol.

Glaze admitted to the judges panel – which now includes Katy Perry – that he had never kissed a girl and they immediately let out whoops of surprise, with Perry demanding that he head over to their desk and peck him on the cheek. Glaze was then surprised when she quickly moved her face so that he ended up pecking her on the lips.

Damn, I wish I was Benjamin Glaze I would have gone in with my tongue hard. It turns out that he didn’t actually enjoy it though and was visibly shaken and nervous. Here’s what he told the New York Times:

Would I have done it if she said, ‘Would you kiss me?’ No, I would have said no.

I know a lot of guys would be like, ‘Heck yeah!’ But for me, I was raised in a conservative family and I was uncomfortable immediately. I wanted my first kiss to be special.

My mates agreed with that it didn’t really count. It was lip contact versus a romantic situation with someone you care about. That’s what a real first kiss is.

I mean I guess he has got a point there, but even so you should be pretty stoked about getting to kiss Katy Perry. I know I would be.

Unfortunately though we do have to look at this subjectively, despite the fact that Glaze said he just felt uncomfortable and not sexually harassed this is an example of that. Imagine if a 33 year old man like Olly Murs (that’s how old Katy Perry is) tried to coerce a 19 year old girl into kissing him like Katy did – everyone would go ballistic.

At least incidents like this serve to expose the double standards in gender politics that need to be eradicated in the wake of the #MeToo campaign. Sexual harassment can happen to people of any gender and Katy’s actions showcases this. Fortunately, Benjamin didn’t feel that threatened by her but not everyone might feel that way in a similar situation. Bear that in mind.

For more Katy Perry, check out the guy who got catfished into thinking he was dating her for six years online. Come on dude.