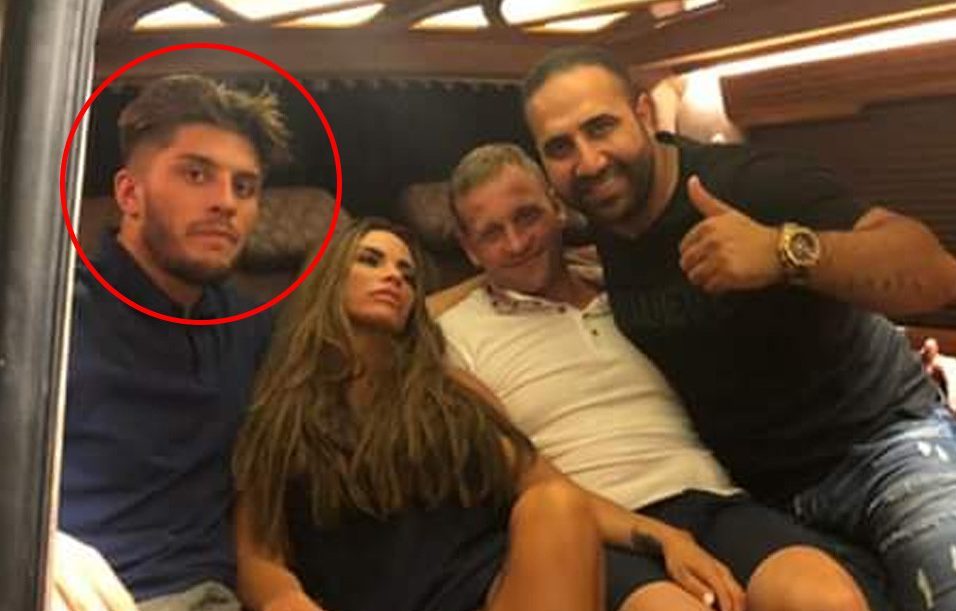 It’s about that time of the month for another Katie Price story and as you’ve probably guessed by now it’s another train wreck of a decision from the legendary idiot.

Katie has just started dating some guy called Charles Drury who is an electrician, builder and part time footballer. Not really too sure how they met – probably at some club in Essex or something? – but the dude accompanied her on her holiday to Turkey with her kids and has now quit his job and is moving into her mansion after just one week of dating. What a major player hey!

Here’s what an insider said about the new development:

Charles has quit his job and told everyone he’s off to stay with Katie and her kids.

He was bragging that he is going to make a tons of money with a bunch of modelling jobs and was very excited about it.

He was due back to work today after going to Turkey with Katie, but he’s just packed up and gone.

He was there for more than 3 years but he sent a text to the boss saying he wasn’t coming back.

Katie’s savvy – Charles is doing some plastering and jobs round the house.

“What better way to fix up her house for cheap than to move in your new builder lover?!”

I mean the amount of idiocy in that paragraph is unnerving isn’t it? Is this guy really so sure that he can be a model that he can just drop everything and go do it? How many days do you think it’ll be before he goes crawling back to his old job begging for it back?

Will be a great bit of banter around the office though hey ‘oi Charles, remember when you thought you could shack up with Katie Price and become a model? Pass me the power sander mate.’ That shit will never get old.

As for Katie Price being savvy by making him do some jobs around the house, I’m not even gonna bother commenting on that one. Too dumb for words.

For more of the same, check out her recent bout of plastic surgery. Hideous.