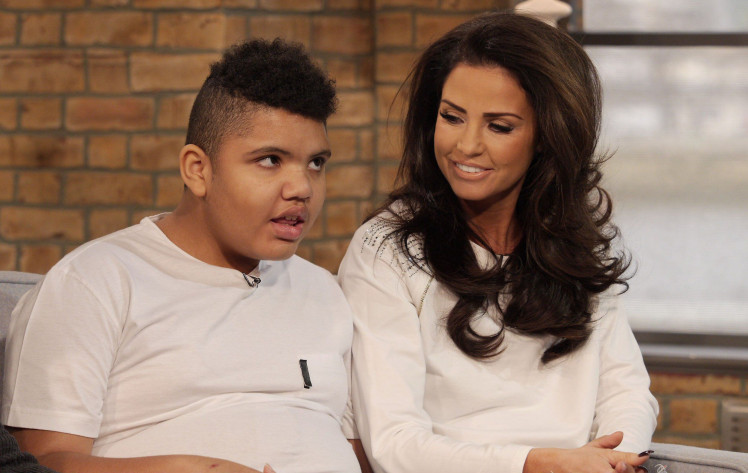 There are some seriously ruthless people on the Internet these days.

We have one rule about piss-taking on this site, and that’s that we don’t take the piss out of people for things they can’t change. Everything else is fair game and done in jest anyway. The world is miserable enough without having everyone bitching and moaning and taking everything seriously, right?

That being said you have to be a special breed of arsehole to take the piss out of a disabled kid, and Katie Price isn’t about to let anyone get away with it anymore.

She’s started screenshotting any negative post she reads about Harvey and tags the trolls in a bid to find their whereabouts.

I’d be bricking it if I was this lot: 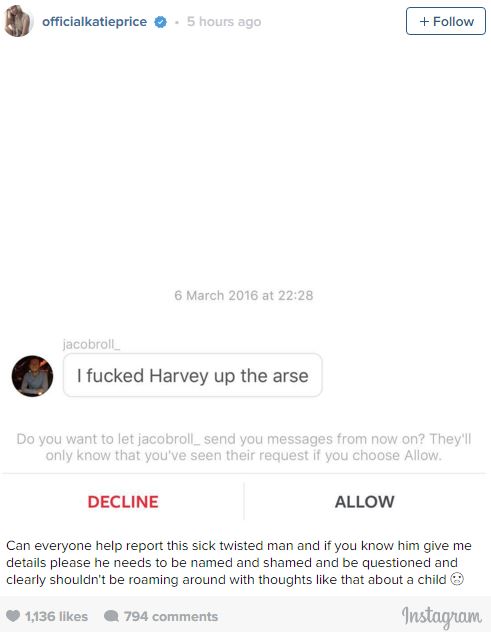 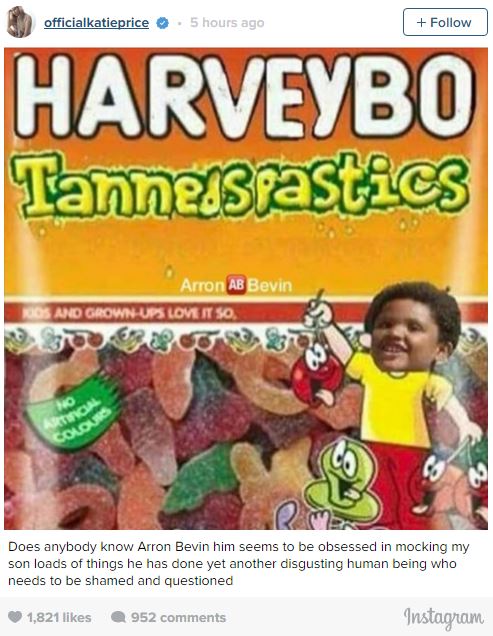 This is @JacobRolll the one who sexually had thoughts about my son HARVEY do you know him or where he lives ? pic.twitter.com/TD6hJfeyoI

She’s also warned she won’t hesitate to get police involved:

Who is allowed to set up a site like this does anybody know this person as I'm sure the police will find out pic.twitter.com/QPiju39ZHj

If you don’t know, 13-year-old Harvey is blind and suffers from Prader Willi Syndrome, a condition that means that he’s unable to stop eating as he never feels full. He also suffers from autism and other learning and behavioural difficulties.

There’s nothing Internet trolls are more afraid of than being named and shamed, so good move by Jordan here. Like she says not sure why accounts like that are allowed to operate in the first place, but then Twitter are the sort of people who shut down Anonymous accounts for harassing ISIS, so that says it all really.