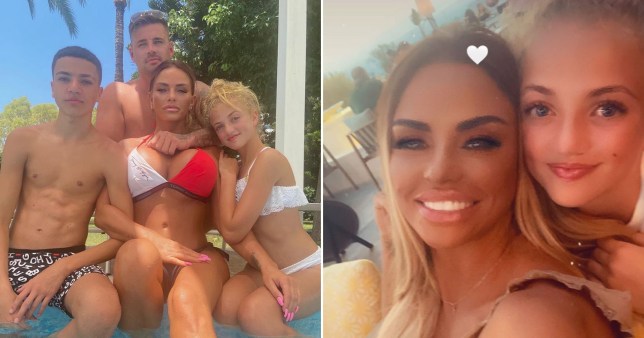 There’s always some sort of drama happening with Katie Price but you’ve really got to feel for the girl this time as she’s broken both her feet in a freak accident in Turkey, which sounds very painful indeed.

Price, out there holidaying with her kids and boyfriend Carl Woods, fractured both heels after jumping off a wall at a theme park. This is how her feet are looking at present: 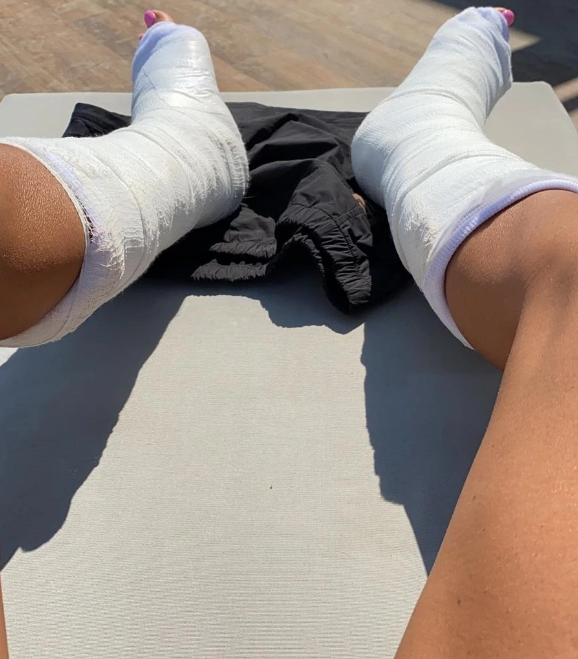 She’s now preparing to fly back to the UK for an emergency operation and has been warned that she’ll have pins in her feet and won’t be able to walk for at least 3 months. Bummer!

A source told The Sun:

This is the worst thing that could have happened to Katie.

She has spent all night in A&E in agony with a hairline crack through both of her heels.

The pain is excruciating – but she has a bigger nightmare to come, trying to look after five children while unable to walk.

Sounds like the voiceover to the trailer for her next reality TV series?

A rep for Katie added:

I can confirm Katie has incurred an injury.

It was sustained by her own doing when visiting a family amusement park with her children, Carl and friends.

As you might expect, the comments under The Sun article are an absolute dumpster fire with people taking the piss out and showing zero sympathy whatsoever. They’re so mean I’d actually feel bad sharing them, but I did find this conspiracy theory by a bloke named Niall Greg. Reckon he’s onto something?

Well, can’t rule it out I suppose.

For the man who spent £80,000 on surgery to look like Katie Price, click HERE. Think you need a refund mate.