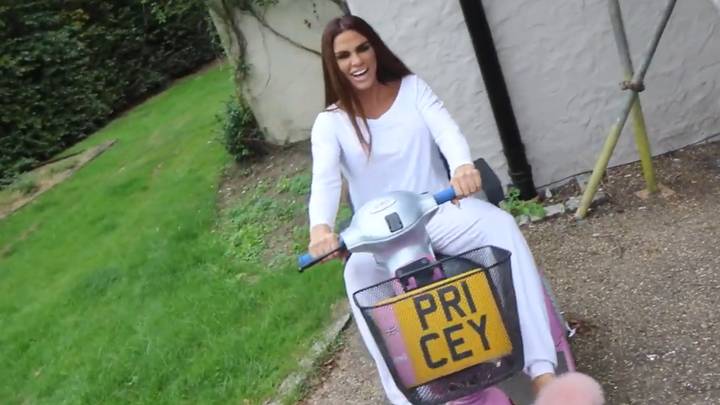 Katie Price is never far from the headlines as she’s always doing something stupid that people want to hear about and this is true again today, where she’s revealed that she bought a pink mobility scooter to help her get around when she was banned from driving.

Price showed the scooter off on her YouTube channel, saying that it was her favourite car and letting everyone know that she has souped up the engine and customised it herself by painting it pink. Here’s what she had to say:

The reason I bought this was because when I was banned from driving, I thought there’s no way they’re stopping me going on the road.

So, I got one of these, got it done pink, put a bigger engine in it…

And, unfortunately, I went off-roading and got a flat tyre so it actually doesn’t work so now it just collects cobwebs.

I’ll give it to my mum sooner rather than later.

Great. I mean it sounds like a pretty funny way to get around when you’re banned from driving but I’m pretty sure you wouldn’t be able to go very fast in it right? Still, much better than walking though I guess?

Kinda dumb that she broke it almost as soon as she got it, but I suppose that’s Katie Price for you really. Never not being an idiot.

For more of the same, check out when her recent pus filled facial wounds wouldn’t heal. Absolutely rank.