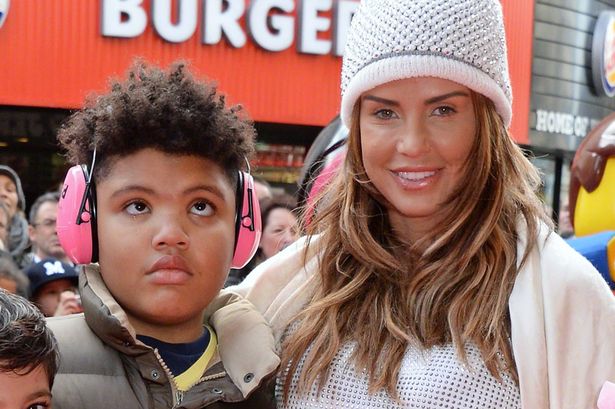 It takes some balls to say this on live TV.

In case you didn’t know, Katie Price AKA Jordan’s eldest son, 13-year-old Harvey, was born with rare genetic condition Prader-Willi syndrome and also suffers from autism, ADHD and blindness. Needless to say it’s been lot of hard work caring for someone like that.

Surprisingly, Katie Price actually made an admission on TV earlier that she wasn’t prepared for a disabled child and would have probably had an abortion if she knew before the birth:

As harsh as it sounds, if I had known he was going to be born blind, I probably would have aborted him.

She followed this up with a very important bit of additional dialogue though:

Now, no way. If I got pregnant again and they said they had disabilities I’d keep it. I’d adopt a child with disabilities.

Good idea getting that second bit in before the Loose Women went bat shit on her. It’s actually a refreshingly honest quote to be fair, as I’m sure if she said the thought had never crossed her mind everyone would just think “yeah right”. Say what you want about old Katie Price but she does keep things incredibly real. Well, most things.

Now if only she’d stop parading her 8-year-old daughter about in full-on women’s make-up.