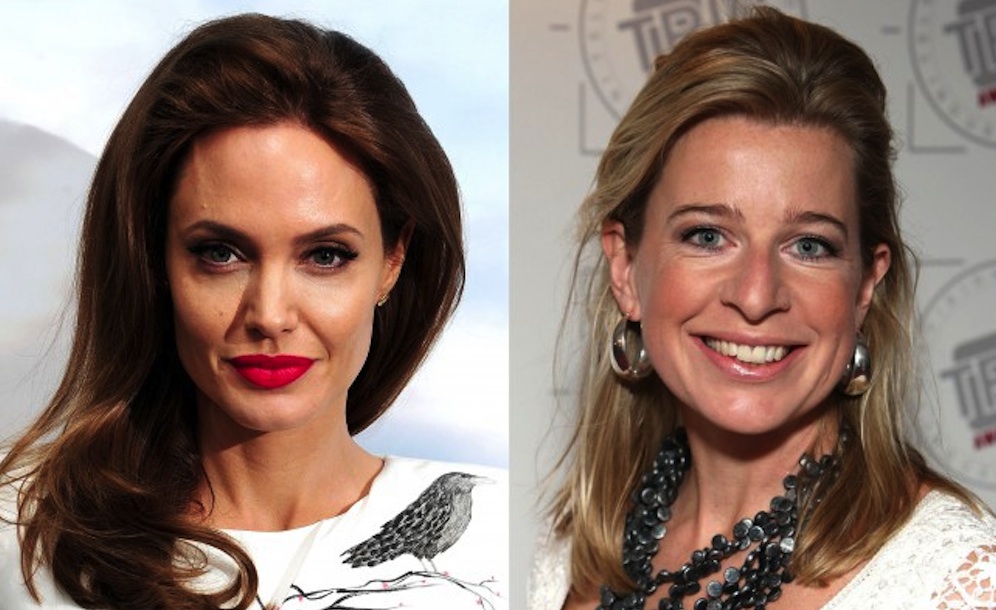 Does she have a point though?

You might have heard yesterday that Angelina Jolie announced that she had had her ovaries removed as doctors had detected early signs of cancer in them and she felt like this was the best course of action to reduce the risk of contracting the disease, which could ultimately have killed her.

As is usually the case when a celebrity does something that has nothing to do with her, Katie Hopkins decided to share her opinion on Angelina by posting the following tweet. It pretty much  goes beyond bad taste really:

Dark right? Unfortunately Angelina didn’t do a Danny Dyer and get into a slanging match with her, but even most of her supporters and followers were pretty outraged by these comments because I mean seriously, this woman has just told everyone that she’s had her ovaries removed and you’re going to rip into her Katie Hopkins? Really?

However, Katie had got an ace up her sleeve and later posted this, which kind of makes her first tweet a bit more understandable:

This is my point. Fill your boots with preaching, but don't then fill your lungs with tar. pic.twitter.com/FEahN1EC1i

Yeah, apparently Angelina Jolie is a prolific smoker and continues to be. Who knew? Still, I think the fact that she’s had her ovaries removed as well as a double mastectomy previously AND gone to the trouble to explain this and inspire other women to do the same shouldn’t exactly be ridiculed and condemned though as it’s an admirable action for a person in her position to take.

Katie Hopkins does unfortunately have a point about her smoking though as this would inevitably contribute to some form of cancer in her body. That’s probably the only time I’m ever going to say that so take note of it. She can still do one though.