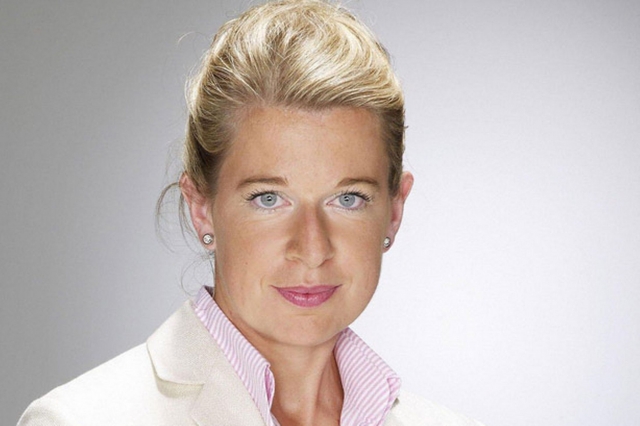 …according to George Galloway.

Whilst George Galloway has always been a divisive figure in British politics, there’s no doubt that we can all get behind his most recent comments against Right-wing helot Katie Hopkins. Taking some of Hopkin’s comments on the Israeli-Palestine conflict, wherein Hopkins described the Palestinian race as rodents, Galloway gets it as right as it can be:

Now if like me, you’re a left-leaning individual who likes to think of themselves as at least slightly concerned for the lives of fellow humans. I’m sure you were glad to hear Galloway have the stones to fight fire with fire, and call Katie Hopkins a ‘Rat faced fuck’. Of all the figures that regularly grace British television; no other sets my inner sense of outrage aflame like Hopkins, who in my mind represents exactly what it means to be a total and utter arsehole.

Katie describes herself in her twitter bio as someone who “Tells it like it is”, which is seemingly her excuse for being a total cunt to everyone on the planet. Katie has come out against tattoos, feminism, obesity; and basically anything else that doesn’t quite fit with her own view of how humanity should be. Watch this video of Hopkins talking shit about every demographic she could think of:

Katie must have had some really fucked up shit happen to her at school for her to be this full of such pure unbridled hatred. But I’m glad that her meteoric rise to infamy following her “I don’t like kids called Tyler” debacle on This Morning, she’s seemingly come to accept that she is not some radical conservative voice of reason, but she is just, in her own words, a bitch.

But maybe I’m wrong, maybe the pinnacle of humanity would be the world as Katie Hopkins imagines it. I can see it now; hundreds of slim white people jog from meeting to meeting, decked out in ill-fitting suits, their minds fully on the future of the nation they love so much. There is neither a child nor a black person in sight, as babies merely distract from business, and all foreigners were deported back to whence they came following the great rise of the Hopkins-dominance party. All fat people have been sold as livestock to help pull carts and other farming equipment, and the invasions of most of the Arabic-speaking world are planned for the near future.

Although he might have a pretty skewed idea of what’s appropriate on national television, I’d like to say that Galloway really does know how to call it like it is; Katie Hopkins is a rat faced fuck.