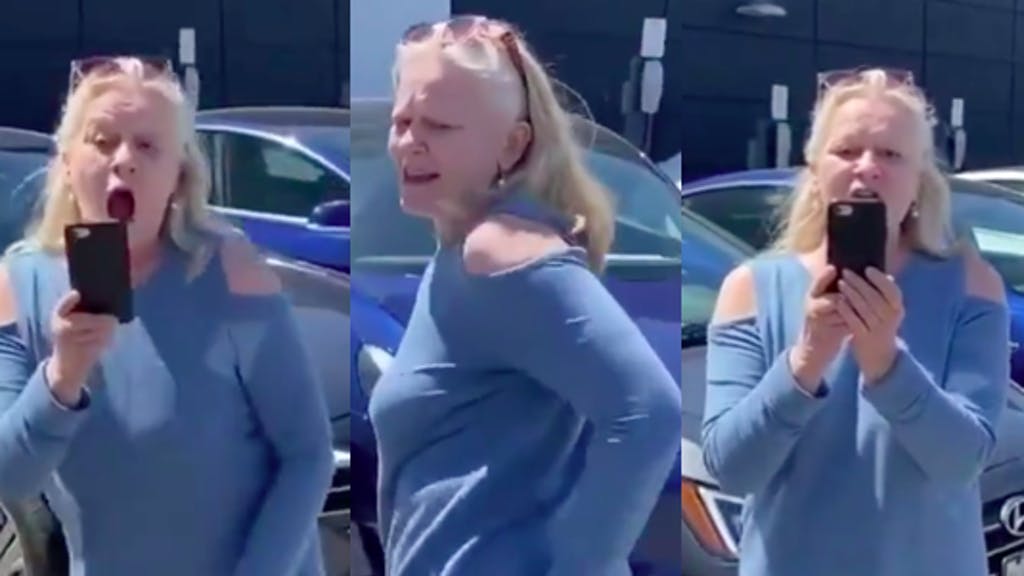 What a wild ride.

For some reason, this Karen over in Toronto didn’t think the rule should apply to her, and instead of complying when asked to move her Hyundai, pulled out her phone and started being totally ridiculous:

Welp, Karens gonna Karen I guess. Loving the Grindr reference which came out of nowhere especially. Though I guess we knew we were in for a wild ride when she turned to the camera and gave herself a smack on the butt a couple times.

The craziest, most 2020 part of the video though is the fact we’ve got two people in a standoff, both with their cameras out filming each other as if they’re each capturing the other in some heinous, despicable act. If I had to guess I’d say Karen’s video ended up on Facebook whereas the other one went on Twitter as you can see, perfectly summing up the generation difference as well.

The best part though? This exchange:

Karen: He tries to come and tell me what I can do. He’s not my boss

Love it. I did feel a bit bad sharing this video because we all have bad days and clearly Karen’s having one here. But you can’t be out there running your mouth about young people when this situation could have been totally avoided if she’d behaved like an adult. Hope it was worth the Facebook likes in any case.

For the car park Karen who sat on a teenager’s car so her daughter could take her parking spot, click HERE.