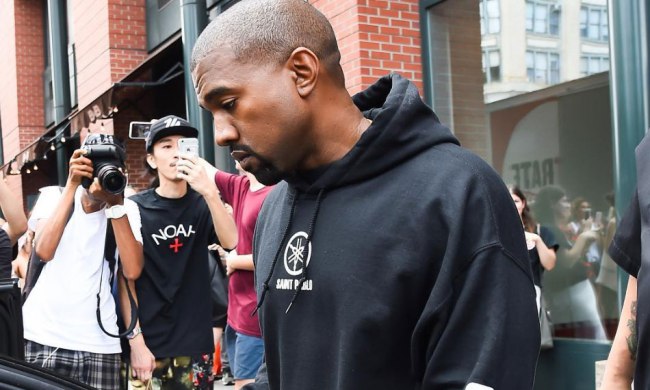 No wonder he doesn’t trust anyone.

No wonder Kanye West has issues trusting people – the guy once got blackmailed out of $250,000 by his own cousin.

Lawrence Franklin, one of Kanye’s cousins, told the Daily Mail that Kanye was forced to cough up the cash after another cousin found a video of Kanye having sex with an unknown woman on a laptop, which Kanye had apparently gifted to him.

I was at my aunt’s house when the family member who had the laptop called me, a friend of his, and my uncle to the kitchen where he opened the laptop to show a video of Kanye in clear view having sex with a fair-skinned black woman.

The family member knew what he had was gold, and later called an old friend of his that was an attorney.

He put together a small team, him and his attorney went after Kanye, and to show that they meant business they leaked a little information publicly to let it be know they indeed had the footage.

The family member tried to keep a low profile but it was not long before Kanye’s team learned who it was that had the sex tape.

In fact, Kanye even has a lyric about this on his track ‘Real Friends’:

I had a cousin that stole my laptop that I was f*ckin’ bitches on. Paid that n***a 250 thousand just to get it from him. Real friends…Huh?

Franklin reckons that this was the catalyst that led to Kanye’s eventual meltdown:

At the end of the day if a member of your family had taken you for a quarter of a million dollars – so they can complete their own ambitions – who can you trust within your circle?

This was also around the time when his mother has just died and he takes a lot of responsibility for that.

When you go from being a regular person to being a huge star – and having all of these mounting issues and being completely void of the normalcy that you once had – it’s tough.

Where do you go? Who do you trust at the end of the day? 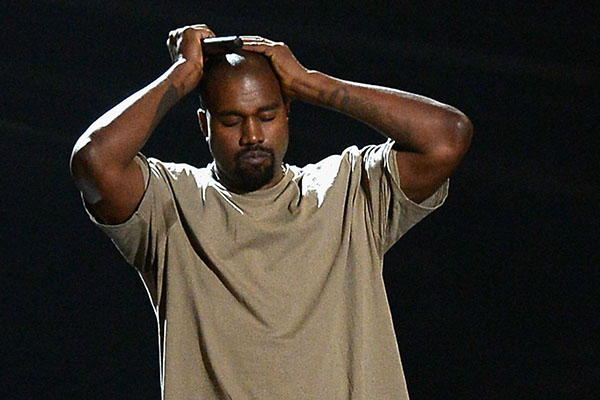 Either way, at least he’s found a true friend in Donald Trump now.