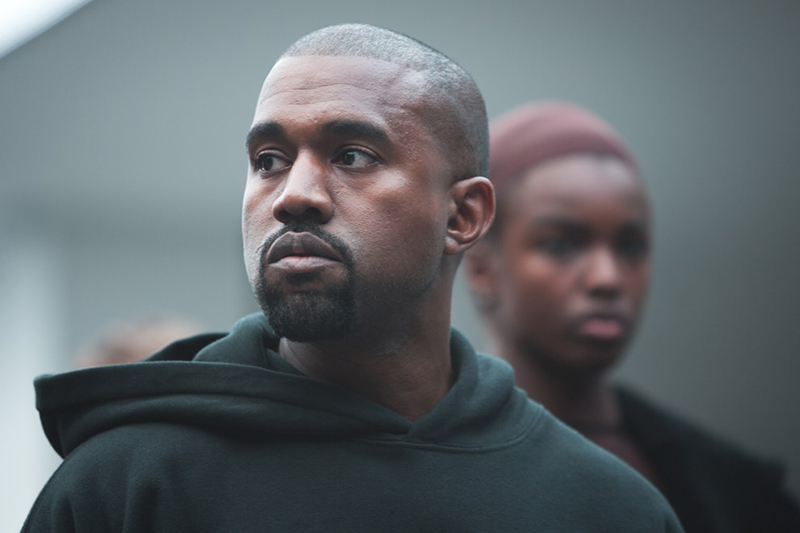 Whatever you do, don’t bother Kanye West this week.

Here’s a word of warning to every single human being on the planet who’s thinking about asking Kanye West for anything this week — DON’T.

Here’s what he Tweeted out earlier following reports he’s putting the finishing touches to new album ‘SWISH’ (such a Kanye album name): 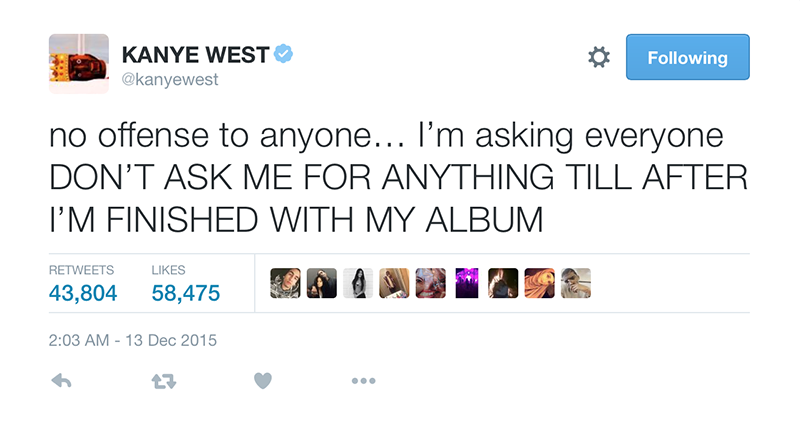 I’m sure there are people who Kanye is specifically talking to in those Tweets, considering the average person couldn’t reach out to him even if they tried. Is it possible he wants Kim K to leave him alone? I can’t imagine anything more annoying when you’re trying to finish an album than having Kim and the Kardashians blabbering on in the background or blowing up your phone with selfies.

So yeah, I’m convinced that Tweet is passive aggressively intended for Kim Kardashian and her family. Doesn’t matter that they’ve just had their second child together who probably needs his diaper changed every other minute. Making an album that isn’t going to get universally crapped on is the priority. We’ve all seen what happens to men who get nagged by the Kardashians too much. Kanye West needs to be left well and truly ALONE if this album is ever going to get finished.

It better be good too – he doesn’t want to get ripped apart on Twitter again the way his latest fashion designs were.