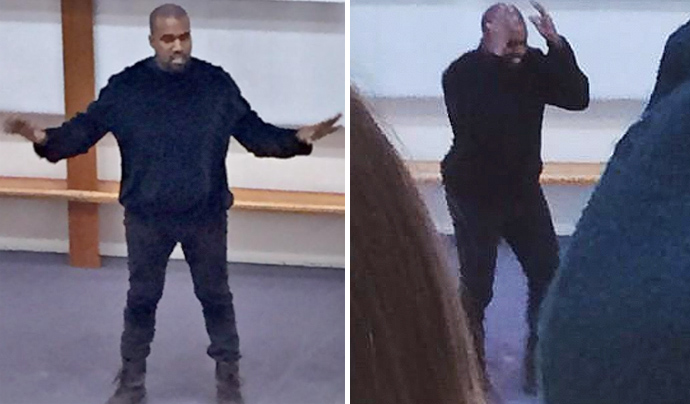 Kanye West gave a speech in front of 300 people at Oxford university the other day and it was described by Chairman of the Oxford Guild Abbas Kazmi as a “memorable event”.

As soon as he got on stage Kanye re-arranged the furniture and got rid of the microphone to make the whole thing “aesthetically better”, and from the sounds of it it worked.

Here are some of the more notable quotes:

Chris Rock and everyone else at every single media publication called My Beautiful Dark Twisted Fantasy the best album of the last 25 years.

One of my biggest achilles heels has been my ego. And if I, Kanye West, can remove my ego, I think there’s hope for everyone.

We have the resources as a civilisation to make a utopia, but we’re led by the most greedy and the least noble.

Beauty has been stolen from the people and is being sold back to them as luxury.

I love Steve Jobs, he’s my favourite person, but there’s one thing that disappoints me. When Steve passed he didn’t give the ideas up. That’s kinda selfish

My momma taught me that if I was in a grocery store and I’m by myself and a stranger grabbed my hand, scream at the top of your f*cking lungs.

People say I’ve got a bad reputation. I think I’ve got the best reputation in the building.

They need to do award shows for Nobel Peace Prize, but I guess that doesn’t sell as many MasterCard ads… No offence to MasterCard…but that was a big f**king logo!

White people that listen to rap say n**ger. In the privacy of their own home.

The Matrix is like the Bible of the post-information age. I compare it like when the hundred guys come at Neo, those are opinions, that’s perception, that’s tradition. Attacking people from every which angle possible. If you have a focus wide and master senseis like Laurence Fishburne and you have a squad behind you, you literally can put the world in slow motion

My goal, if I was going to do art, fine art, would have been to become Picasso or greater… That always sounds so funny to people, comparing yourself to someone who has done so much, and that’s a mentality that suppresses humanity…

One of the most memorable things about MBDTF was Nicki Minaj, and the fact that she kicked my ass, on my own song, on one of the best albums…the best album — I’m just saying what the critics said — of the last 25 years.

Typical Kanye breeze, or actual nuggets of genius? Not gonna lie – a Grammys-style presentation for the Nobel Peace prize sounds like a cool and progressive idea. And you can’t argue with his comments about clothing always being affordable, even if it does contradict the fact he was selling this ridiculously overpriced white T-shirt just a year ago.