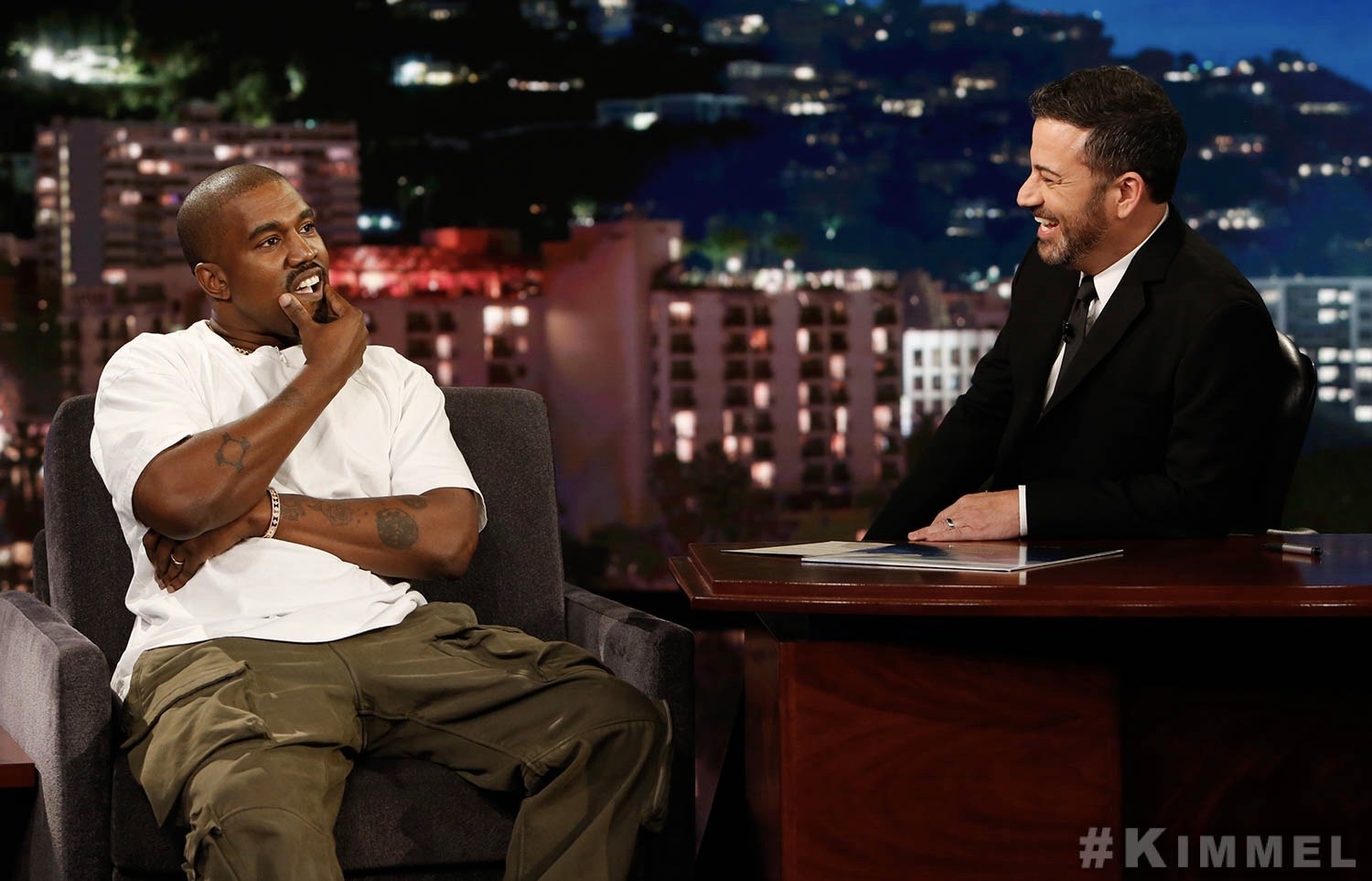 Kanye West found himself in a bit of a TMI situation when being interviewed by Jimmy Kimmel this week.

He even felt the need to clarify that having daughters doesn’t get in the way of enjoying a good wank. Err, OK then:

He gave a more insightful answer when asked about his love for Donald Trump. Here’s that clip if you’re interested:

Kanye West Speaks On How He Feels About Donald Trump pic.twitter.com/lvwBJwCERY

Decent answer, I guess. He’s rich and famous enough to look at the world any way he wants to and isn’t going to change his opinions for anyone. Fair play to him.

To listen to Seth Rogen tell the hilarious story of when he first met Kanye West, click HERE.