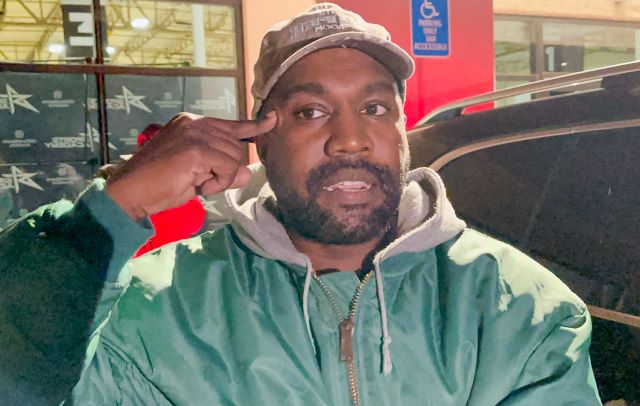 I was wondering whether Kanye would release new music again given he’s been on a career suicide mission in recent weeks, but sure enough he shared a new track on Instagram last night (before quickly deleting it). The track heavily samples Donny Hathaway’s 1973 song “Someday We’ll All Be Free”, and you can listen to it below:

Actually sounds a bit like 2004 Kanye? Except he’s sort of doubling down on the Defcon 3 stuff with his lyrics so maybe not old school Kanye at all. It’s clearly not mixed or mastered or anything so it sounds like he just whipped it up, put it online and then deleted it for whatever reason.

In the outro, West samples the interview he did with Alex Jones, in which he controversially praised Hitler. It’s the part where Jones is actually trying to temper Ye’s pro-Nazi opinions, asking: “Can we just kind of say, like, you like the uniforms but that’s about it?” before Ye replies: “No, there’s a lot of things that I love about Hitler.”

He’s actually removed the last two words from the sample, so there’s no explicit reference to Hitler. I’m not particularly keen on Kanye’s more recent music releases but I think everyone would much prefer he expresses himself musically rather than on interviews with Alex Jones or Gavin McInnes or whoever, even if he does insist on saying insane and controversial things. Maybe he’ll realise his dream of naming an album after Hitler, like he wanted to do in 2018?