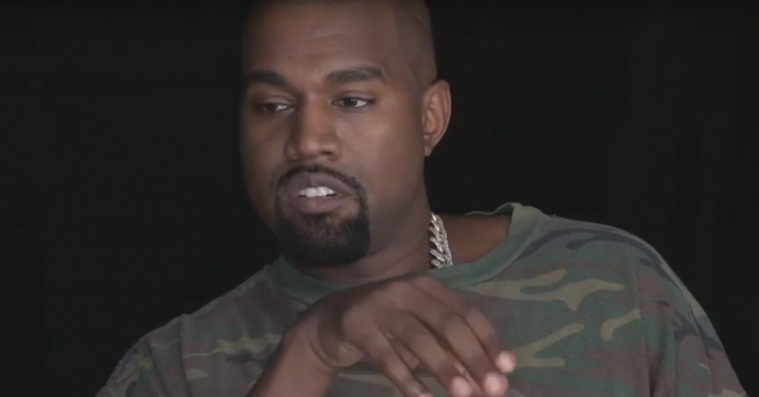 So that’s why no one in the fashion world likes him.

How comes Kanye West is being held back in the fashion world? Could it be because his clothes look like something a literal homeless person would wear?

Nah mate, the fashion world’s just hating on him because he’s not gay:

I feel like I got discriminated in fashion for not being gay. In music, you definitely get discriminated in music if you are gay. It takes amazing talents to break down barriers. Everyone thought that when Frank Ocean dropped that it was going to be bad for his career. I feel like it’s so clichÃ© to speak about him as it relates to this subject, but there are people who broke the ground and he broke the ground. The people that break the stereotypes make history.

I swear, no other famous person out there has as many awesome / outrageous / dumb quotes as Kanye West has racked up throughout his career. Every interview he does he’ll say something that’s just classic. Big up Kanye for finally taking a stand on behalf of all of the oppressed straight men out there.

Really though, I think it might be that gay dudes just typically have a better eye for fashion than straight dudes. So in a way he is being discriminated against because he’s straight but that’s more to do with the fact that him being straight makes him shit at fashion, not because they have a problem with his actual sexual orientation.