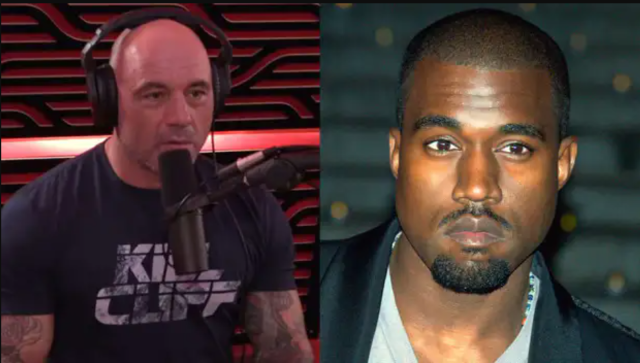 The biggest podcast episode in history will take place this Friday, 23d October as Kanye West finally sits down with Joe Rogan for the Joe Rogan Experience at his new studio in Austin, Texas.

Before that though, Kanye West has Tweeted to announce that he will be redesigning the whole studio:

Joe Rogan said it’s cool for me to design the set for our podcast this Friday ⛷ pic.twitter.com/9FOPjU36K3

Whether that means a temporary redesign just for Kanye’s episode is anyone’s guess, but that wouldn’t be too shocking considering the level of ego we are dealing with here. Although Rogan’s new studio has been massively slated by the internet, so maybe he’ll stick with it if Kanye’s people do a good job. I assume Kanye is paying for it?

Either way, I can’t wait to listen to these two sit down and touch on some controversial topics. I’m sure they will discuss Kanye’s Presidential campaign, his mental health, his music, fashion, the Kardashians, Trump, Elon Musk, and a whole lot more. I mean there’s just no way Kanye West doesn’t come out with some insane quotables on this one, especially if it lasts as long as some of the other Joe Rogan episodes at 2 or 3 hours.

For this reason, I’m pretty confident they will be taping the podcast on Friday as opposed to doing it live, because that would just be asking for trouble. So hopefully we can then expect it on Spotify/YouTube this Saturday or Sunday. Cannot wait!

For the Spotify CEO’s take on the recent transphobia accusations directed at Joe Rogan, click HERE.