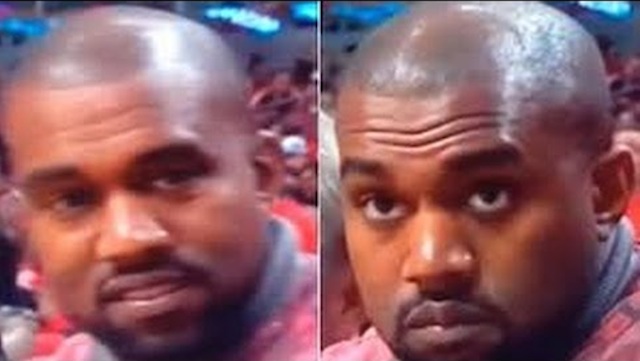 It’s well publicised that Kanye West refuses to smile on camera for possibly the weirdest reasons possible, so it makes sense that he would react like this when he gets busted smiling on camera. Pretty much exactly what you would expect from him and pretty much textbook Kanye West too.

No news on what he was laughing about or who the guy sitting next to him was, but the clip was taken at a Cleveland Cavaliers Vs Chicago Bulls match and was filmed by a rogue ESPN cameraman who just happened to be in the right place at the right time to catch this little moment of history. Legend.