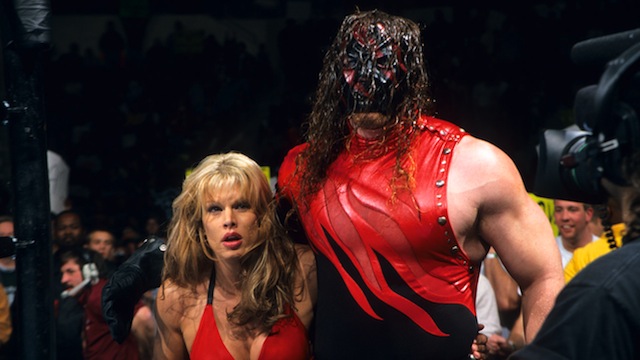 The monstrous Kane from WWE has started a new insurance company called The Jacobs Agency. Heâ€™s selling all types of insurance but the burning question is – would you trust him?

It’s a very lucrative business to be in nowadays. Especially when you want to discover the best plan for yourself, you will want to compare life insurance policies online. Each one is different, and benefits you and your family in different ways.

Kane also announced plans to run for public office one day when his pro wrestling career dies down – definitely something we’ll be following.

As far as the insurance goes though, we’d need to know a little more about which Kane we’d be dealing with before jumping into any commitments. If we’re dealing with the old masked Kane then great; who better to get your life insurance from than the only remaining survivor of a house fire that wiped out his entire family? (I know the Undertaker also survived, but technically he’s already dead).

If we’re dealing with the new Kane, who actually dresses, talks and acts like an insurance salesman, then thanks but no thanks. All about the Big Red Machine.

20 Astonishing Photos Of Andre The Giant

Most Devastating Wrestling Moves Ever: Part 1