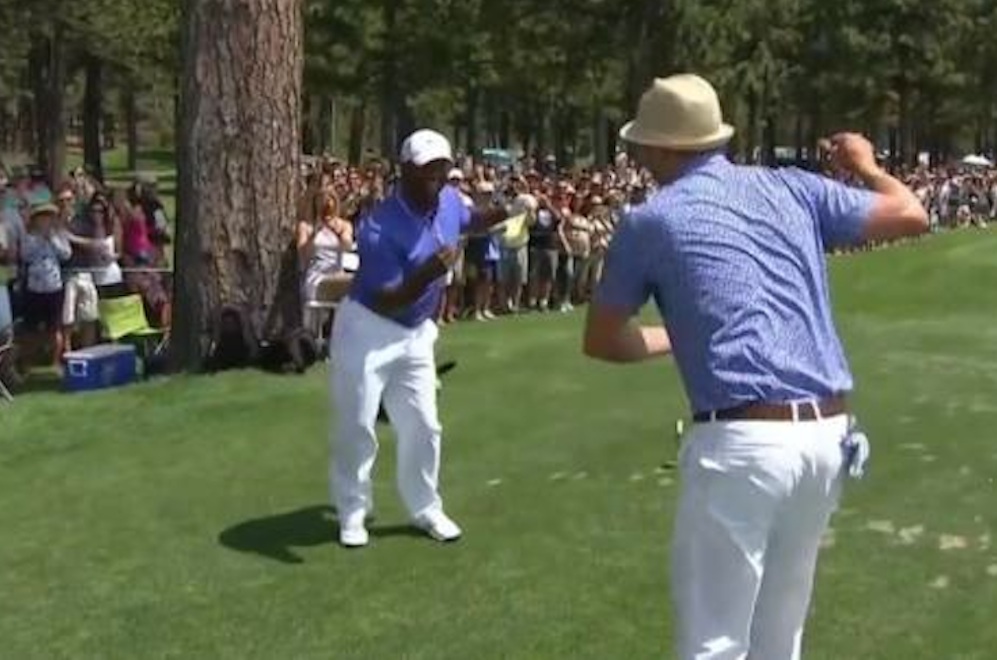 is there anything that Justin Timberlake isn’t a complete badass at?

Alfonso Ribeiro has got it pretty bad – after killing it as Carlton in the Fresh Prince he can’t really do anything else and nobody will ever remember him for anything except for that stupid dance, which is why that the only time there’s any news about him it’s normally to do with him performing it again.

This time he managed to bust the moves out with Justin Timberlake himself at the American Century Celebrity Golf Championship Tournament over the weekend. Ribeiro took a fairly bad shot and when he didn’t look too happy about it, Timberlake appeared out of nowhere and attempted to cheer him up by pulling out the iconic dance moves. Riberio didn’t look too happy about it at first but quickly joined in with Timberlake, much to the delight of everyone in the crowd and now everyone in the internet too.

Is there nothing that Justin Timberlake isn’t a complete and utter badass at?