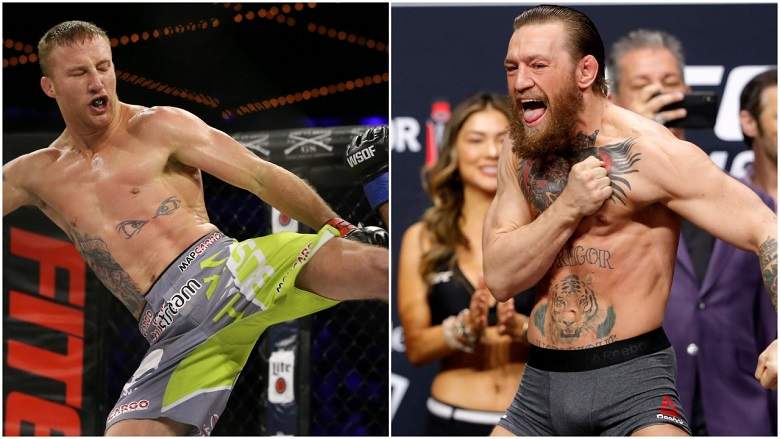 Justin Gaethje has been trolling Conor McGregor for months over McGregor ‘ducking’ him to fight Donald ‘Cowboy’ Cerrone instead, but it looks like he may finally get his wish as MMA’s #1 journalist Ariel Helwani is reporting the fight is set to go ahead.

Apparently it could be happening as soon as this summer:

Justin Gaethje is the frontrunner to be Conor McGregor’s next opponent, and they could be fighting as soon as this Summer!!!

Ariel said on his MMA show this week that preliminary talks are being held so it looks like this is the fight Dana White is working on as far as Conor McGregor goes.

Justin Gaethje’s manager however is denying it, although he could just be trying to wind up McGregor some more:

This rumor about @Justin_Gaethje fighting vs @TheNotoriousMMA is absolutely false. He had the opportunity to fight him already instead of cowboy but he didn’t. Justin is the number one contender and like khabib said. Conor needs to win 10 fights.

Ariel Helwani is usually spot on with this stuff so I think most people are trusting him over Abdelaziz. I mean this is the fight that everyone wants to see, right? They’ve got to sort something out sooner rather than later because everyone wants to see Conor McGregor stay active and in the mood for fighting like he promised he would be when he came back for Cerrone.

Reckon McGregor could take him on? It would be a hell of fight, that’s for sure.

For the groupie who shared a video of Conor McGregor asleep in her bed after she’d shagged him, click HERE.