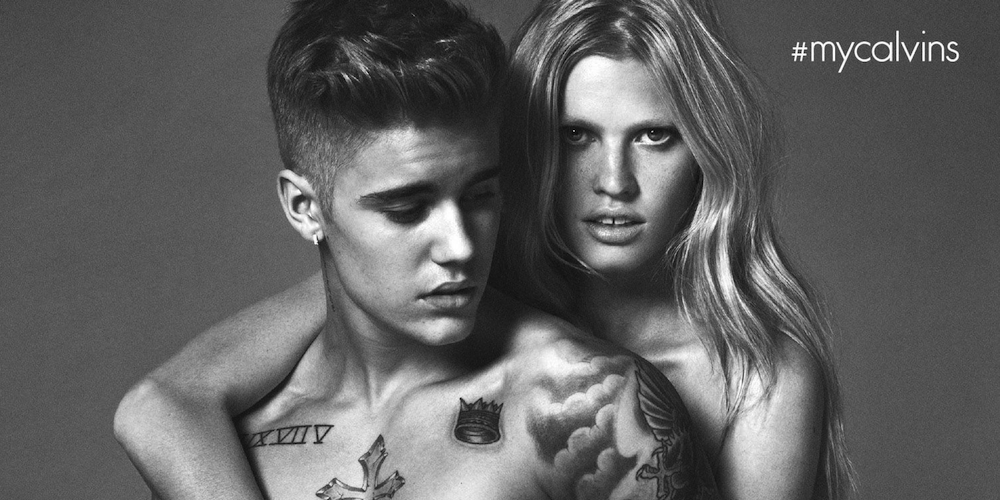 Bieber’s personal trainer has come out saying his dick is pretty big.

On Friday, we brought you news that Calvin Klein had photoshopped Justin Bieber’s modelling photographs to make it looks like he had a bigger dick and was more pumped than he actually was.

Predictably, Justin Bieber and his people didn’t like this story and immediately took action against the website that originally posted the pictures breatheheavy.com, threatening to take them to court on a defamation charge if the photos were not removed and a formal apology issued as well. Bieber and his cronies claimed that the photos were photoshopped, only that they had been photoshopped to make him look punier and to have a smaller dick rather than the other way round. They said that it was damaging his brand and the pictures needed to be taken down ASAP.

Of course, breatheheavy.com didn’t fancy taking on Justin Bieber (no matter what size his dick is) and immediately took the photos down, although that doesn’t really matter because they’re all over the internet now anyway. They also released a rather weird statement, which also quoted Justin Bieber’s personal trainer, who for some reason knows how big his dick is:

Bieber denies the photo is real, and I respect that and will believe him. His personal trainer said the following: ‘I can definitely confirm that he is a well-endowed guy. I sound weird saying that, but yes.’

Yeah, no shit you sound weird saying that. Still, if his personal trainer says that then it MUST be true, right?