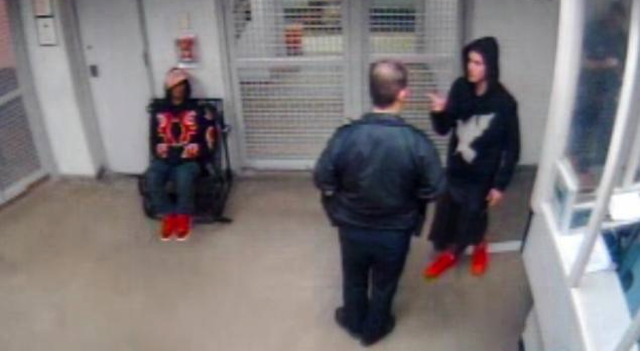 Everyone probably knows (and probably moaned about us reporting it) that Justin Bieber got arrested in Miami a month ago for closing off a street and having a drag race with his buddies whilst he was drunk and/or high. Bad move, I’m sure you’ll agree, but great for all the non-beliebers who could just laugh at this smug kid going completely off the rails.

Naturally, no footage of Justin Bieber drag racing or at the police station was released at the time, but now the Miami Herald has released some footage of Justin in the police station for some reason. There’s no audio on the video and it isn’t really that exciting but it is pretty funny watching Justin Bieber attempt to walk in a straight line and stumbling over and over again.

Here’s hoping that he really does get deported/executed when his court date for this misdemeanour rolls around.