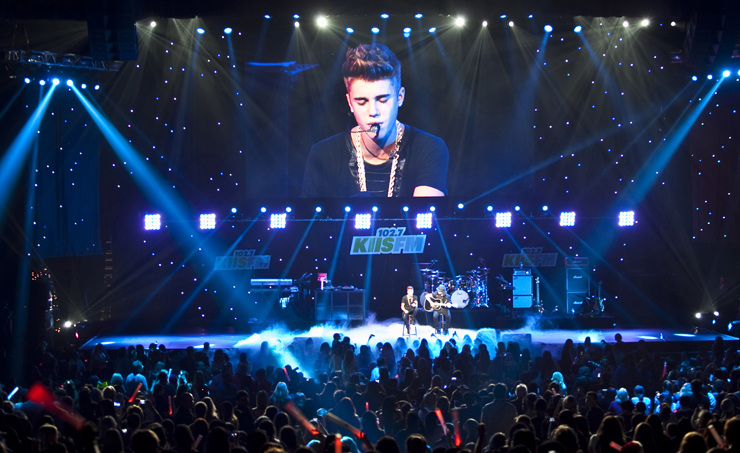 What a great way to round off the week.

Justin Bieber was performing in Saskatoon over in his native Canada the other night, and as usual the thousands of screaming fans in attendance were lapping up everything he did.

At one point Bieber began strutting towards the edge of the stage, properly feeling himself (perhaps a little too much) as he ends up taking one step too many and wiping himself out completely.

You’ll be glad to know this isn’t the first time Bieber has taken a tumble on stage:

My personal favourite though – when he busted his face skateboarding in front of some fans: