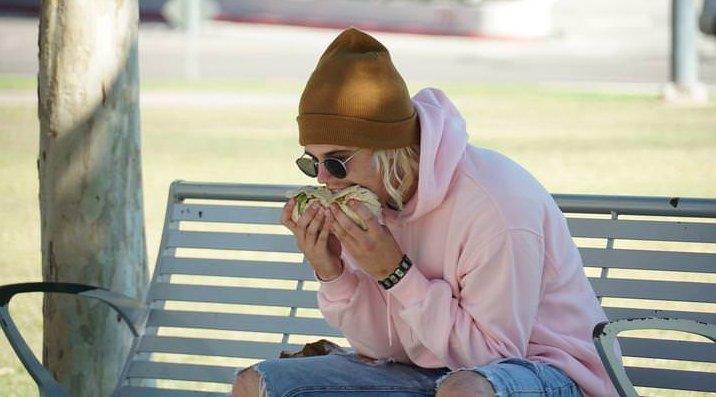 What is it with celebrities that don’t know how to eat food properly?

Whilst this mostly seems to be confined to politicians – see David Cameron eating a hot dog, Donald Trump eating KFC – it’s now emerged that Justin Bieber seemingly has no idea how to eat a burrito. You can see the picture above, but it originated in the following tweet:

I mean what the hell is he doing there? I can’t even imagine unpacking a burrito out of the tin foil that it’s wrapped in to eat it like that. I mean it just wouldn’t even occur to me not to just bite into the end that’s clearly there for the eating. Who in their right mind would do something like this?

However, there is some hope as some guy posted on Reddit that this might not actually be Bieber but some kind of weird lookalike trying to besmirch his good name:

This isn’t Justin Bieber. The person in this pic has a completely different (current) hair color to the Biebs, as well as shape and size of his hands. It’s a misidentification that went viral on reddit. It happens. (see) It’s not an old pic of JB either. Trust me on that.

I don’t know why we should trust this dude but I hope he’s right for Bieber’s sake. Whoever this guy needs to be found and told this isn’t the right way to eat a burrito though. It’s seriously disturbing.

For more of the same, check out how Donald Trump eats KFC. Perhaps even weirder.