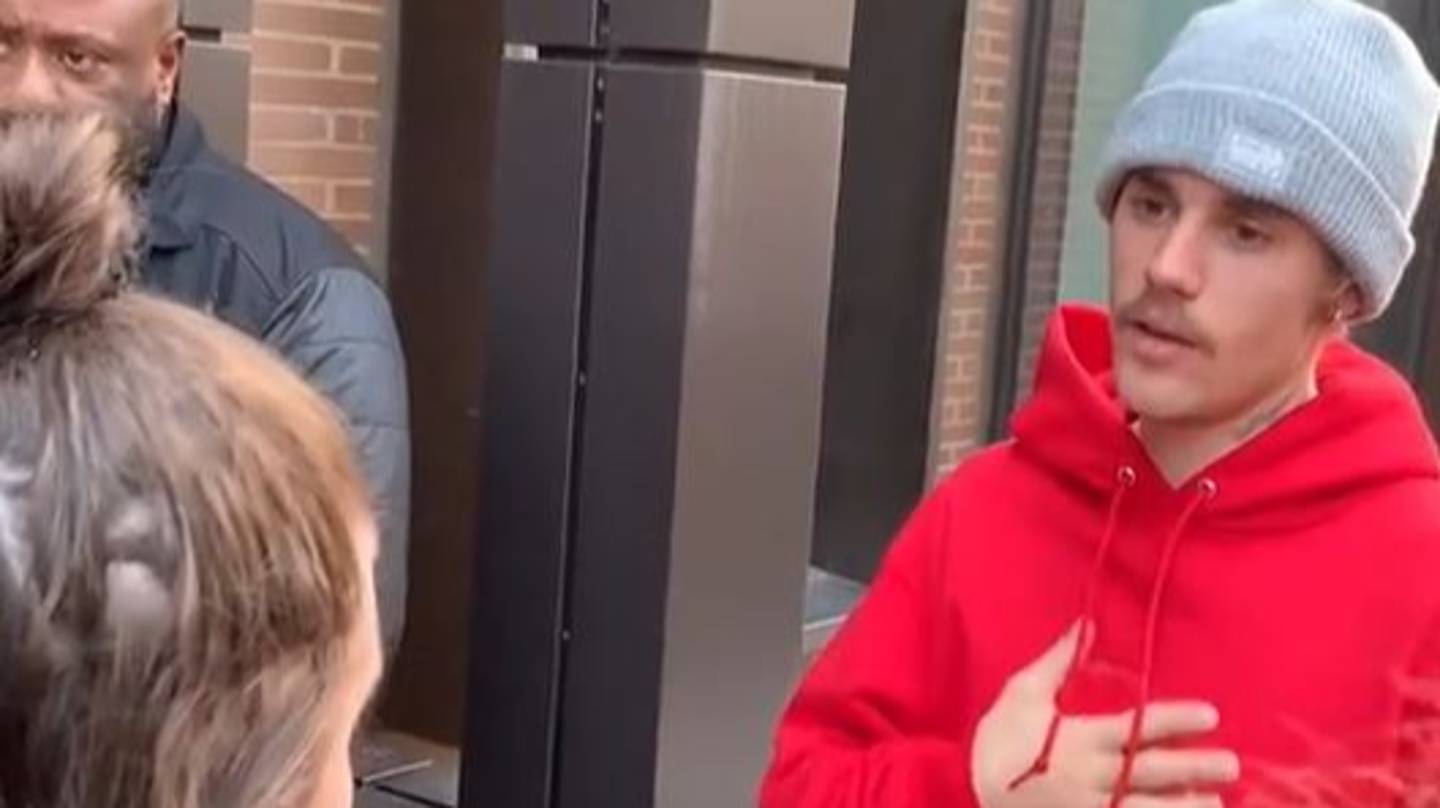 He told them he didn’t appreciate them following him home.

I kinda thought that the whole Justin Bieber/Beliebers thing was over as you never really hear so much about it now Bieber is all grown up and a bit more sensible and less moody, but it turns out that his fans are still completely insane and showing up outside his apartment for the hope of a glimpse of him.

The following clip was shared on TikTok and shows Bieber returning home after a hard day’s work to find a bunch of girls there asking him for a hug, pictures and autographs. To be fair to the 26 year old, he handles it pretty well when he tells them off for coming there and bugging him and certainly seems more mature when acing the situation than he did a decade ago:

And I don’t appreciate you guys being here. You guys can be anywhere but not my home, this is where I… you know at the end of the night, when you come home and you want to relax? This is my space to do that.

So I would appreciate if you guys could let me do that.

You’ve gotta really give it to the guy, you can’t do better than that in that situation and fans really do need to know that they can’t just stalk their heroes outside their homes and bug them all the time these days. Maybe wait outside the show sure, but following them to their private residence is a bit much isn’t it. Too much.

For more for the same, check out Bieber talking about being completely fucked in the head from hard drugs, fame and money. You can’t really blame him.