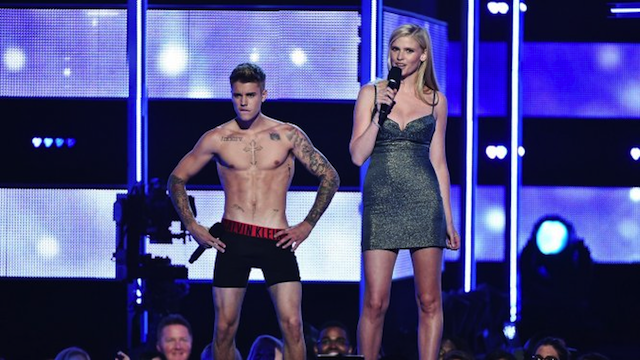 Why did Justin Bieber feel the need to do a striptease on stage?

There’s a weird live music and designer clothes charity fundraiser over in the United States called Fashion Rocks and I’m not really sure what it’s all about but it helps with charity so I’m down with it.

What I’m not down with though is their special guest Justin Bieber heading out on to the stage and then for some reason starting to take off all his clothes and stripping down to his underwear. Thankfully, most of the studio audience weren’t down with it either and he was loudly booed during the routine but the studio audience.

Maybe there are actually some sensible people in the world. Although having said that they probably wouldn’t be attending Fashion Rocks if they were sensible. Of course, there were some screams from the Beliebers in the crowd and Justin himself managed to find a particularly excruciating Vine to post which made him look like he was the sickest badass ever, but who’s he trying to kid? Everyone knows he’s a loser that got beaten up by Orlando Bloom last month.