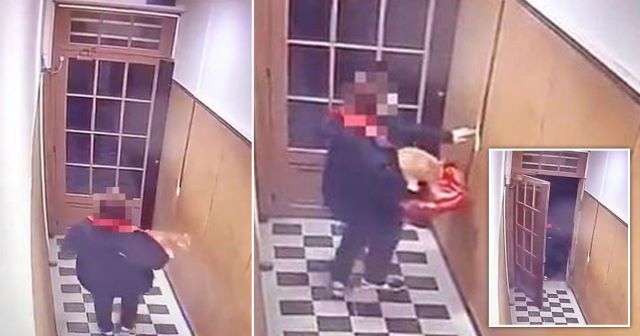 Did somebody say ‘Just Eat’?

A Just Eat driver has been caught on CCTV stealing a customer’s cat in order to take it back to his restaurant and let it loose so that it might deal with a mice infestation.

Footage shows the man leaving the building in Paris while carrying the animal, after delivering some food:

Caroline Simon-Provo, who works as a trainee lawyer, raised the alarm after the pet disappeared shortly after the delivery on Tuesday evening.

The cat was discovered ‘shaking in a corner’ of the restaurant the next morning – but the driver, who manages the restaurant, insisted he found it on the street. Um.. you’re literally on camera, dude! 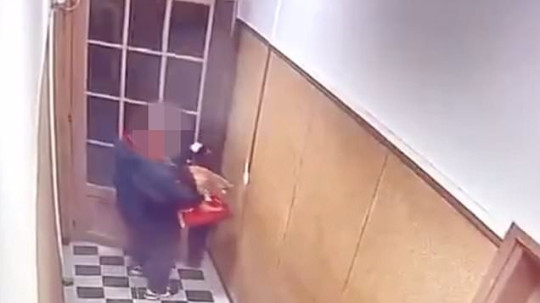 We also contacted Just Eat at 8 am but didn’t hear anything from them so we went to the restaurant at 10:30 and waited until someone arrived.

When the employees arrived they called the boss, who it turns out was the one who did the delivery the night before.

He said he found the cat in the street and took it because he had mice in his restaurant, but the video clearly shows him leaving the building with the cat.

The good news is that the cat is fine, but Ms Simon-Provo is vexed that Just Eat didn’t respond to her by 4pm (she made the complaint at 8am) and has also lodged a complaint with the police.

A spokesperson for Just Eat said an investigation has been launched, noting that the food delivery was done by the restaurant itself:

We hold ourselves to high standards and expect all of our restaurant partners to act responsibly at all times.

As such, we were concerned to hear about this incident. We are investigating this as a priority with the restaurant partner involved and are also speaking to the customer offline.

Well I’m not sure what’s more worrying, the fact this order came from a mice-infested restaurant or the fact the driver kidnapped a customer’s cat to deal with it. Either way, think I’ll be cooking my own meal tonight.

For a look at that ridiculous sum Snoop Dogg earned to star in those popular Just Eat adverts, click HERE. Raking it in.