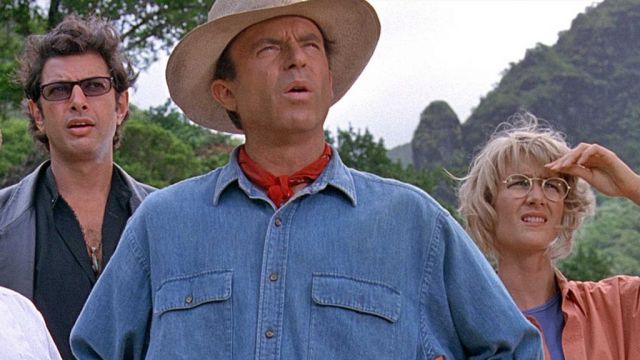 I can’t say I’ve really paid attention too much to the last couple of Jurassic World movies, but this announcement has certianly got my attention: the third instalment is going to officially reunite original stars Jeff Goldblum, Sam Neill and Laura Dern.

Of course, Sam Neill and Laura Dern returned in Jurassic Park 3 and Jeff Goldblum was in both Jurassic Park 2: The Lost World and Jurassic World II: Fallen Kingdom, but all three of them haven’t been on screen together or in the same movie since the first one all the way back in 1993. The Jurassic World anchors Chris Pratt and Bryce Dallas Howard are all set to return as well, making it look like Jurassic World 3 is going to be a massive culmination of the franchise in the same way that Avengers: Endgame was for the MCU.

No plot details have emerged as of yet, but it’s safe to say that following the end of the last instalment, the story is probably going to involve the dinosaurs finding their way off Isla Nublar and into the general public. Expect a whole lot of trouble.

Colin Trevorrow is back to direct the movie and he’ll write it along with Emily Carmichael, who was also repsonsilbe for Pacific Rim: Uprising and The Black Hole, so it sounds like they’ve got some experience in this area. Production is due to start at the beginning of next year, so I’m guessing that they’ll probably be looking at a summer 2021 release date. Catch you then.