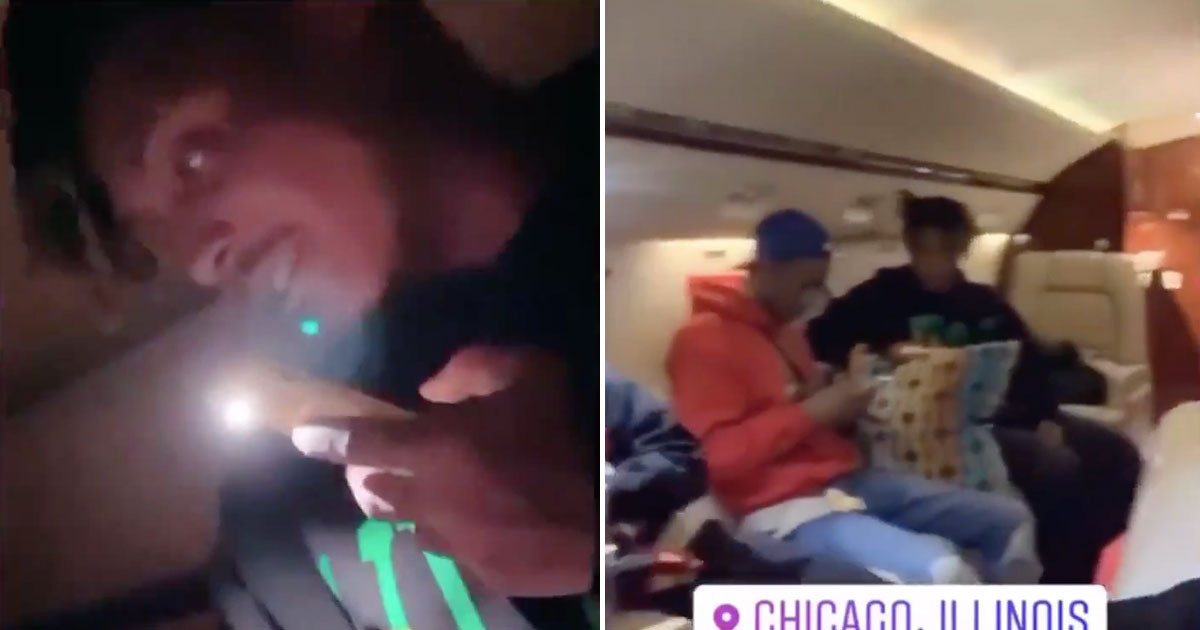 You may have heard that rapper Juice WRLD died last night at the age of 21, after suffering a seizure at Chicago’s Midway Airport.

I wasn’t aware of the guy’s music but looks like he was one of these extremely popular new-age rappers (hundreds of millions of views on each music video) who pop too many pills, drink too much cough syrup, and rap about mostly emo topics.

Footage of Juice WRLD’s final moments on the plane that took him to Chicago airport have now leaked online. He doesn’t seem in bad shape or anything, but obviously it was a different story by the time they got to their destination:

Veteran rappers seemed to have positive things to say about the guy and whether you think the lad was talented or not, it always sucks when someone passes away so young. He only turned 21 a week ago – tragic.

On the plus side, seems like he lived a pretty successful and eventful life in his short time on this planet. Made money, travelled the world, probably hooked up with a bunch of beautiful girls, drove nice cars, ate nice food, sorted out his family, etc. Just a shame it apparently wasn’t enough and he went down the same road as Lil Peep, Mac Miller and all the other drug addicted rappers who seem to be dying young recently.

Rick Ross better take note – in his memoir ‘Hurricanes’ he talks about taking so much codeine that he had a seizure and shit himself while in bed with a woman. Preferable to dying I guess.