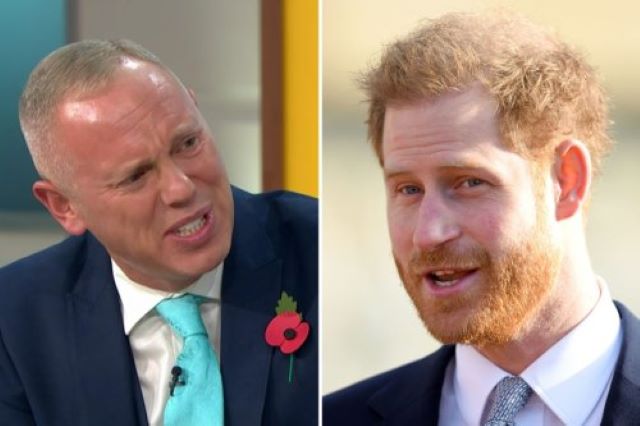 He didn’t hold back.

So basically, Prince Harry claimed this week that he had personally warned Twitter CEO Jack Dorsey of the January 6 Capitol Riots the day before they happened, but had never received a DM back from the social media boss.

What makes Prince Harry qualified to speak on these issues? Why would Jack Dorsey, or anyone for that matter, listen to what Harry has to say about it? This was what was irking Judge Rinder during his debut on GMB this morning…

Jeez, one sassy motherf*cker isn’t he? He does have a point though. It is kinda annoying that Harry and Meghan have appointed themselves as some kind of morality police who get to speak on all the big issues despite not having any real credentials to do so. Are we supposed to take them seriously just because he’s a British Royal and she was awesome in Suits?

Seems Harry & Meghan just can’t stop rubbing people up the wrong way. What did they think, that they were going to go up against the Queen and win? Not happening.