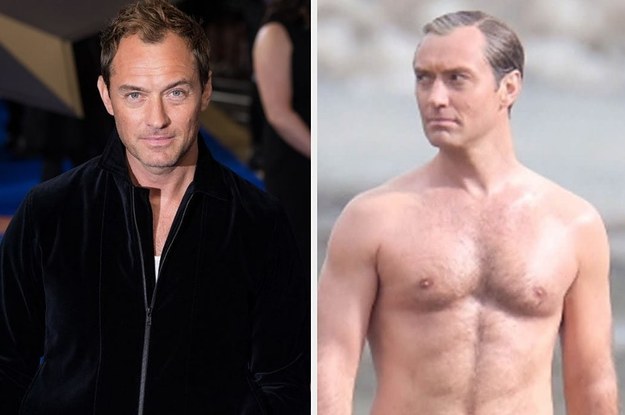 ‘The New Pope’ is the follow-up series to ‘The Young Pope’, in which Jude Law played Lenny Belardo, later Pope Pius XIII, Archbishop of New York.

If you’re into Jude Law and/or hunky Catholic popes strutting their stuff on the beach, today’s your lucky day because these photos leaked from the set and let’s just say they don’t leave too much to the imagination: 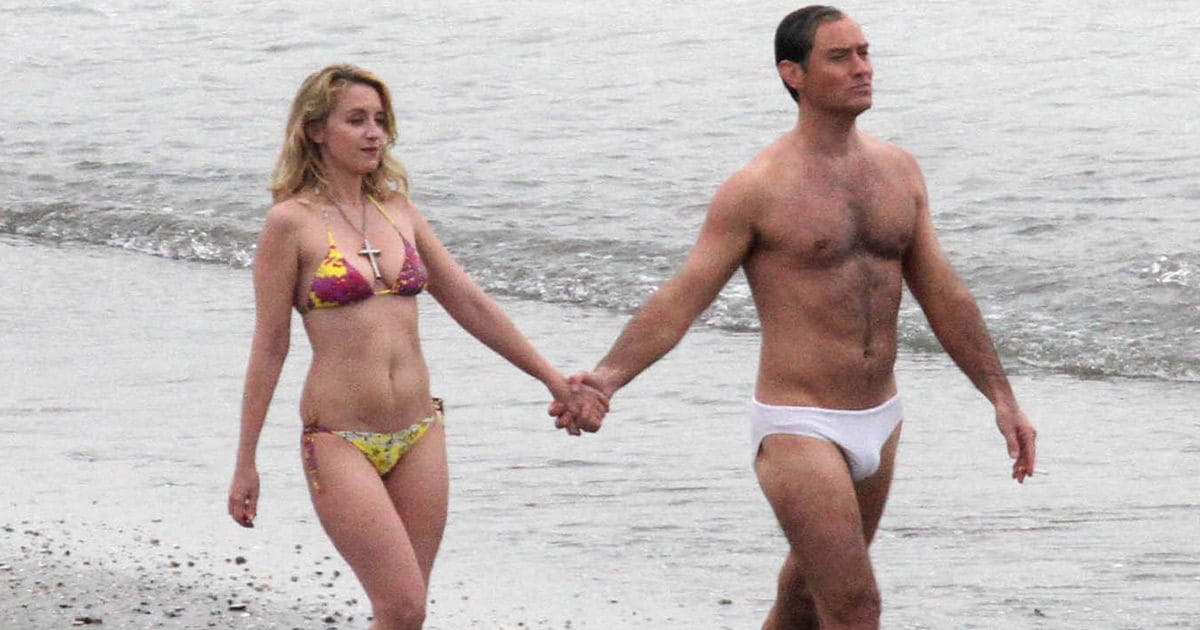 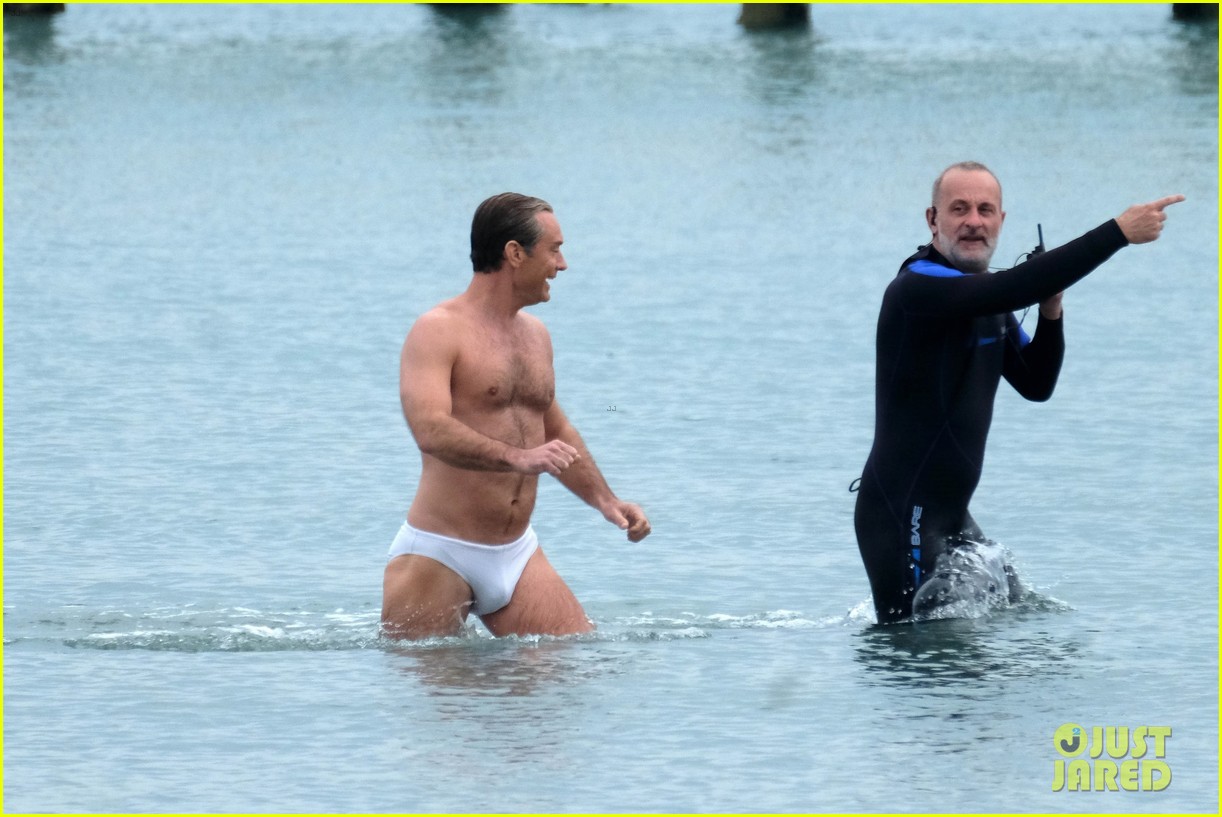 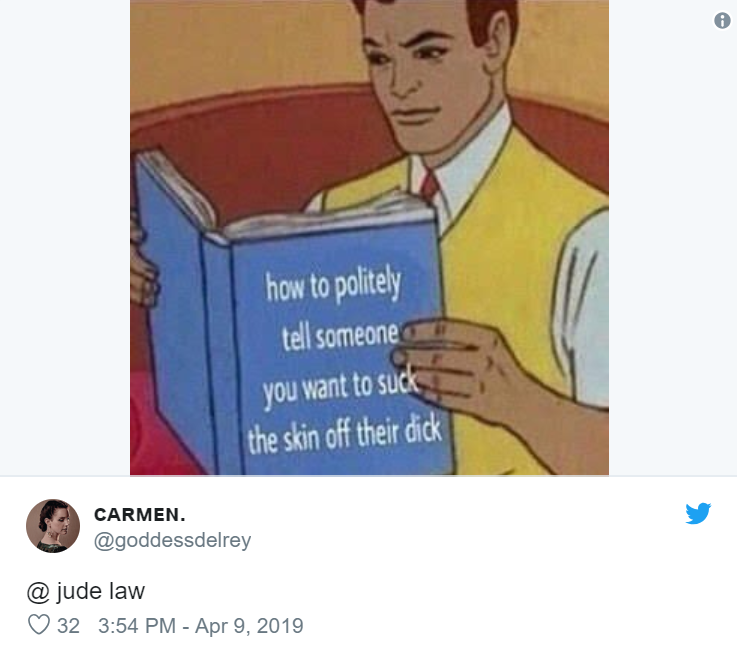 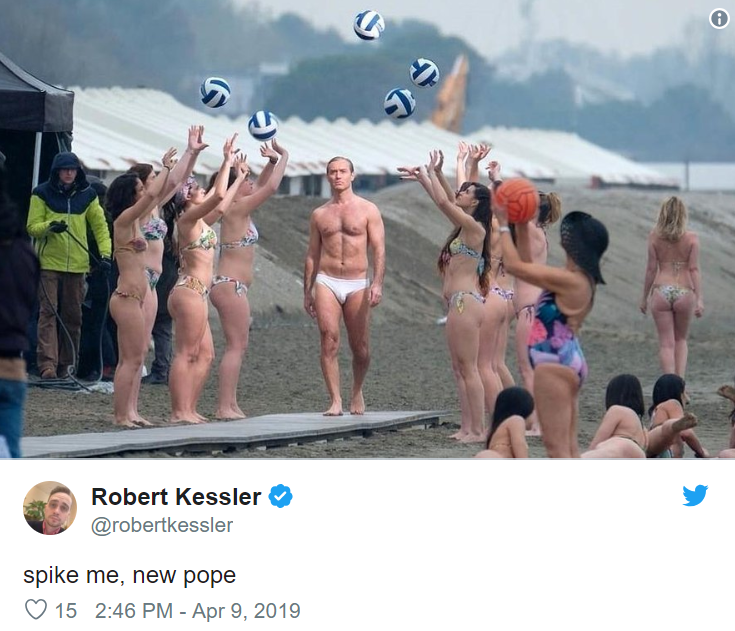 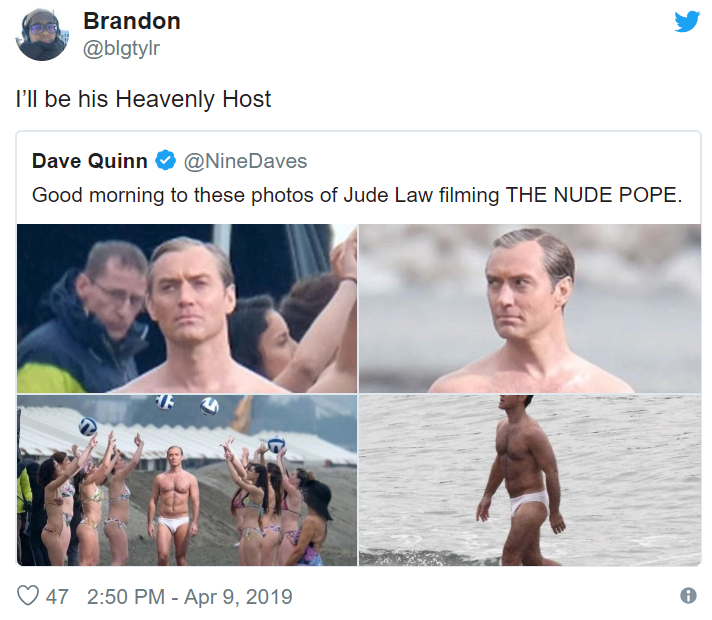 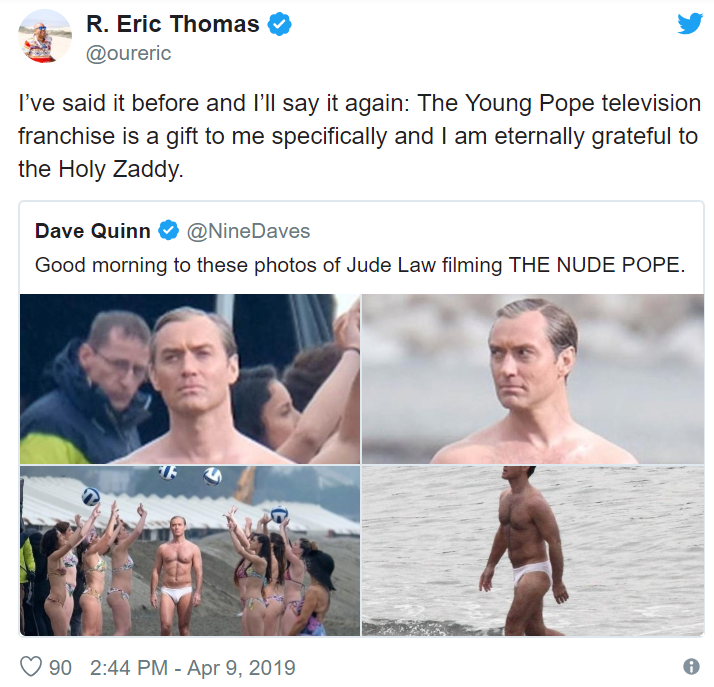 The Vatican definitely isn’t gonna be happy about these, considering its own newspaper described the original series as “frivolous”, “caustic” and “grotesque”. Good to see the producers took their feelings on board for the follow-up series – lol.

Fair play to Jude Law for having the confidence to walk up and down the beach in white speedos as well. I don’t think I’ll ever have that type of confidence. Maybe that’s because of my chicken legs though.

To hear the Pope’s thoughts on football fans referring to Lionel Messi as ‘God’, click HERE. He ain’t happy.