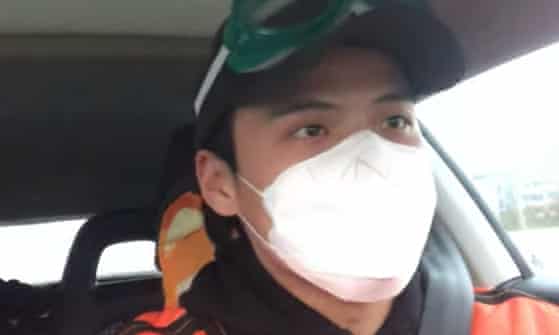 With all the panic surrounding Coronavirus in the present day, it’s easy to forget the conspiracy theories centred around Wuhan and the outbreak of the virus and in particular the fact that several journalists who were covering the story during its beginnings seemingly disappeared.

One of these has now emerged and posted a video on their YouTube explaining their whereabouts and to says it’s a bit suspicious and creepy would be an understatement. Li Zehua was posting videos from inside Wuhan during the beginning of the outbreak before disappearing for two months before his latest upload.

The Guardian tells us what he said in his latest video:

In a video posted on YouTube, Weibo and Twitter Li said on 26 February the white SUV had pulled out in front of him while he was driving in the Wuchang district in Wuhan and the people in it yelled for him to stop. Li panicked and drove off with the car in pursuit, recording the video that he posted online later that day.

After making it back to his apartment, he saw uniformed police and staff in protective suits knocking on the doors of his neighbours. Li turned the lights off and sat quietly in front of his computer for hours, waiting. Three hours later, a knock came.

At least three men entered his apartment, identifying themselves as public security. Li then went with them to a local police station where he was told he was being investigated on charges of disrupting public order.

Police later said they would not charge him but because he had visited “sensitive epidemic areas” he would need to undergo quarantine.

Li, who had to give his devices over to a friend, spent the next month in quarantine in Wuhan and then in his hometown in a different province. He was served three meals a day, monitored by security guards and able to watch state broadcaster CCTV’s evening newscast.

“Throughout the whole time, the police acted civilly and legally, making sure I had rest and food. They really cared about me,” he said. Li said he was released on 28 March and has been spending time with his family. He wished those who suffered during the epidemic a fast recovery. “May God bless China and the people of the world unite.”

Li’s tone and comments, neutral and patriotic, were markedly different from his previous videos. Li, who had worked for the state-broadcaster CCTV, travelled to Wuhan to report on the crisis after another citizen journalist and activist Chen Qiushi disappeared.

I mean that is kinda scary isn’t it? The implication is that he’s either been brainwashed whilst he was under government care or that they’ve forced him to make this video praising China in exchange for his freedom. Or maybe even that he was tortured and coerced into making the video.

Either way I don’t think anyone is buying it considering his previous videos and how it seems to have been obtained. Fucking scary man.

For more of the same, check out these vacant Chinese amusement parks. Terrifying too.