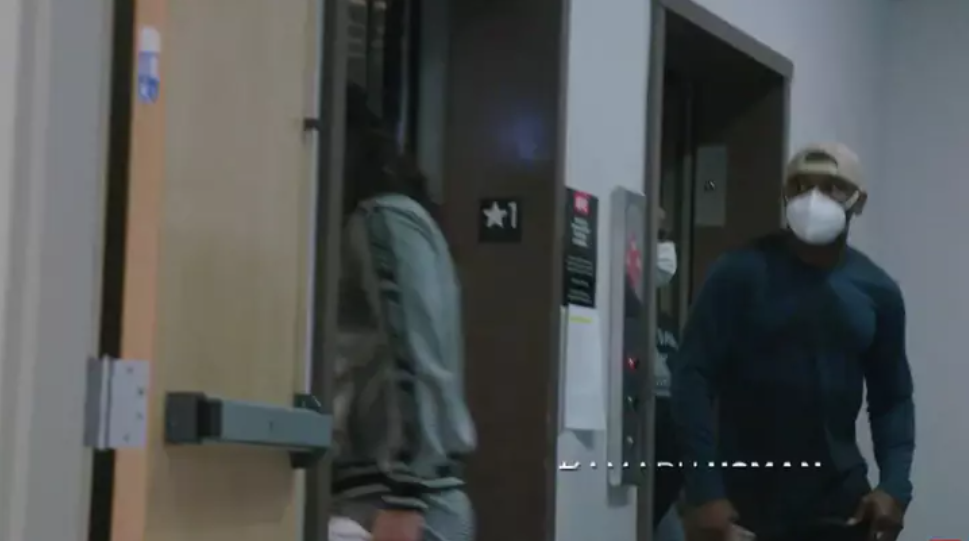 This is going to be huge.

The card for UFC 251 this Saturday on Fight Island is positively stacked, with Jorge Masvidal/Kamaru Usman headlining a night that will also feature Yan/Aldo, Volkanovski/Holloway and Andrade/Namajunas.

Well we came within a split second of seeing Masvidal/Usman go down early at a hotel in Abu Dhabi the other night, as the UFC employees whose one job it is to make sure these two don’t come into contact with each other before the fight almost cocked it up completely:

Jorge walks out
Kamaru walks in

So close to another encounter😂 #UFC251 pic.twitter.com/M8fs8sgs05

Oh boy! That was close. Here’s a look at what happened the last time these two were in a room together:

OK you might argue that they were just trying to promote their feud by doing the whole “hold me back” thing, but if you know anything about Jorge Masvidal then you know that he’s as real as it gets and would absolutely get into it with anyone if the opportunity presented itself.

For example, the time he abandoned an interview to punch up Leon Edwards backstage:

If you need any more proof of how legit this guy is – he started out his fighting career way back in the Kimbo Slice street fight days:

To be fair to Kamaru Usman, he probably wouldn’t have a problem scrapping in a hotel before this weekend either. So let’s just be thankful that those elevator doors opened/shut at the moment they did because if these two even caught a glimpse of each other it would have been chaos. Keep these two nut jobs apart at all costs because we need this fight to happen on Saturday 100%.

Here’s some more hype, in case you need it:

To meet the transgender MMA fighter who says she ‘enjoyed’ fracturing a woman’s skull during a fight, click HERE.