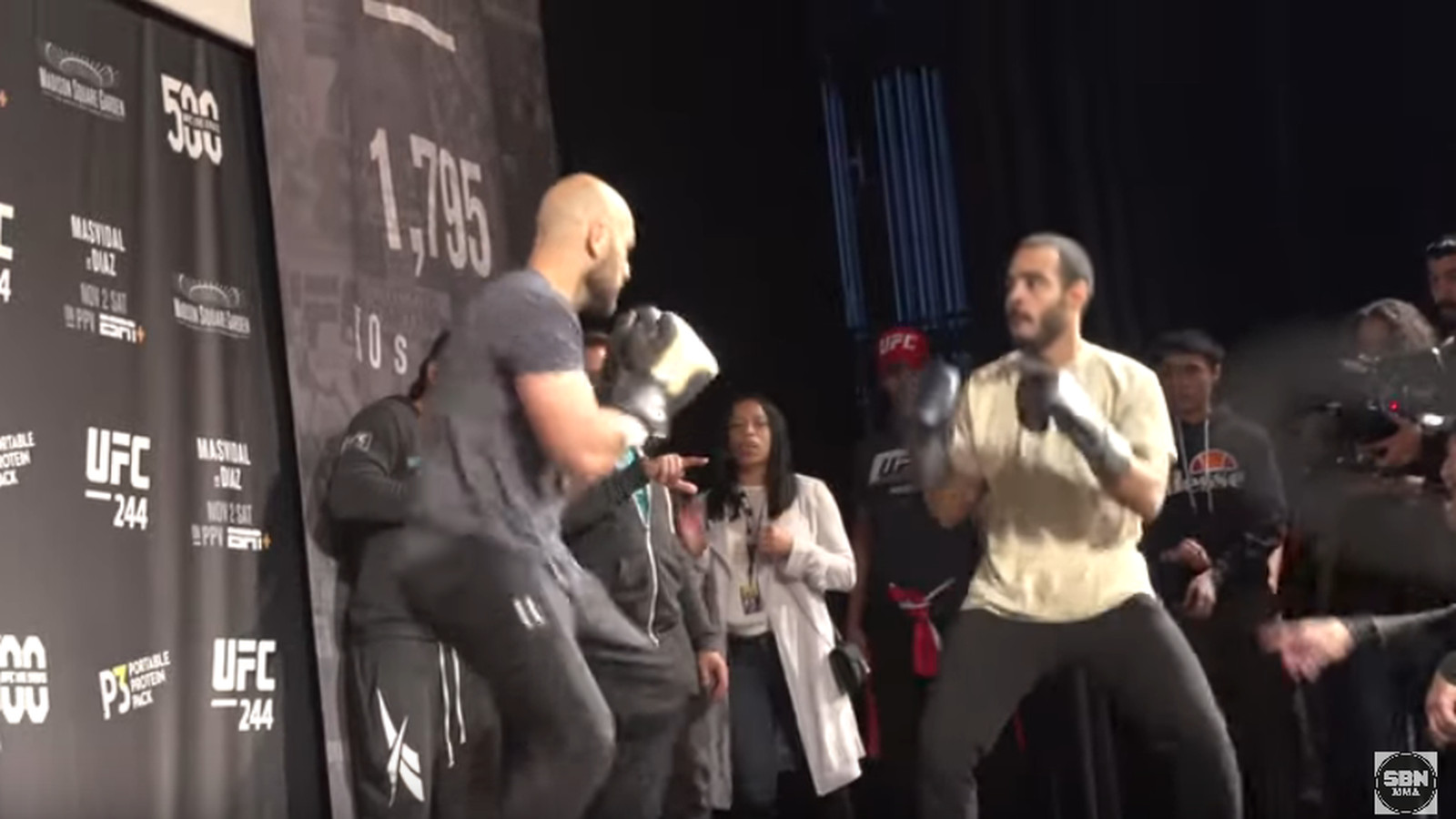 Big fight coming up this Sunday as Jorge Masvidal takes on Nate Diaz at UFC 244, but before then they’ve got to do all the obligatory pressers and open workouts for the media.

I guess Jorge Masvidal decided to make things a bit more interesting for himself and have the fans entertain him rather than the other way around, by inviting them to get on stage and fight each other:

Amazing they let it go on that long because that looked like a compensation claim waiting to happen. Probably made Jorge feel like he was back in his backyard fighting days with Kimbo Slice and the gang:

It’s going to be non-stop brutality this Sunday as Masvidal and Diaz are both fighters who prefer to stay on their feet and punch and kick the shit out of their opponents, so worth staying up late to catch it if you can.

Here’s a hype video the UFC put out earlier:

To see what happened to the Russian ‘Popeye’ synthol freak on his MMA debut recently, click HERE. Spoiler = it didn’t go well.