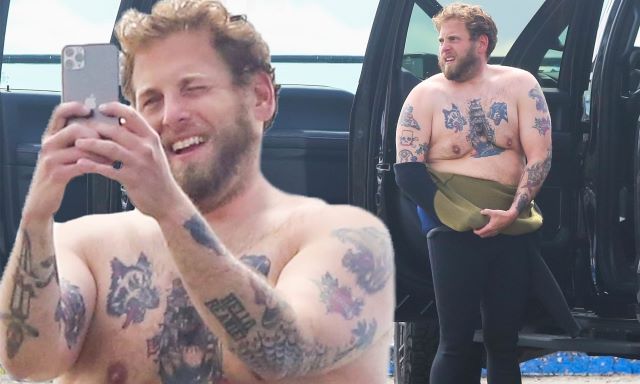 Jonah Hill is embracing body positivity at the age of 37.

Jonah Hill may not be in great shape, but I never thought his level of fatness was particularly noteworthy. Nonetheless the Daily Mail recently wrote up an entire article about him pulling down his wetsuit on a Malibu beach, inviting the kind of mockery and focus on his weight that he’s had to deal with his entire career. 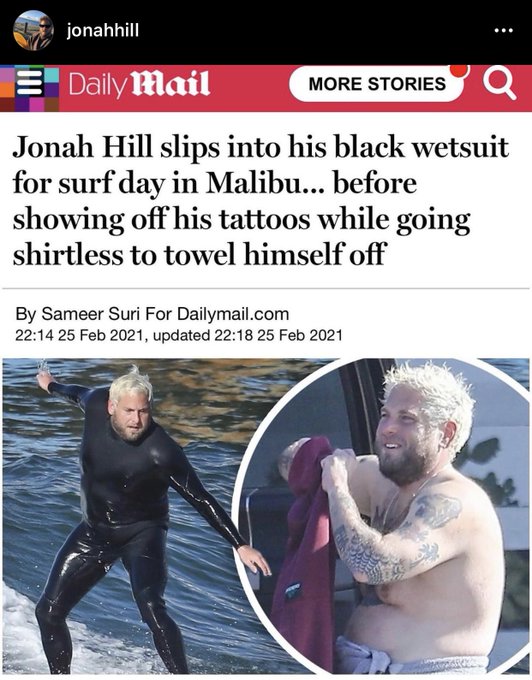 Well it looks as though Jonah Hill has had enough of the tabloid stories about his body, and wrote a touching post on Instagram about how he finally learned to love and accept himself at the age of 37, and anyone who wants to take the mick out of him can get f-cked, basically. 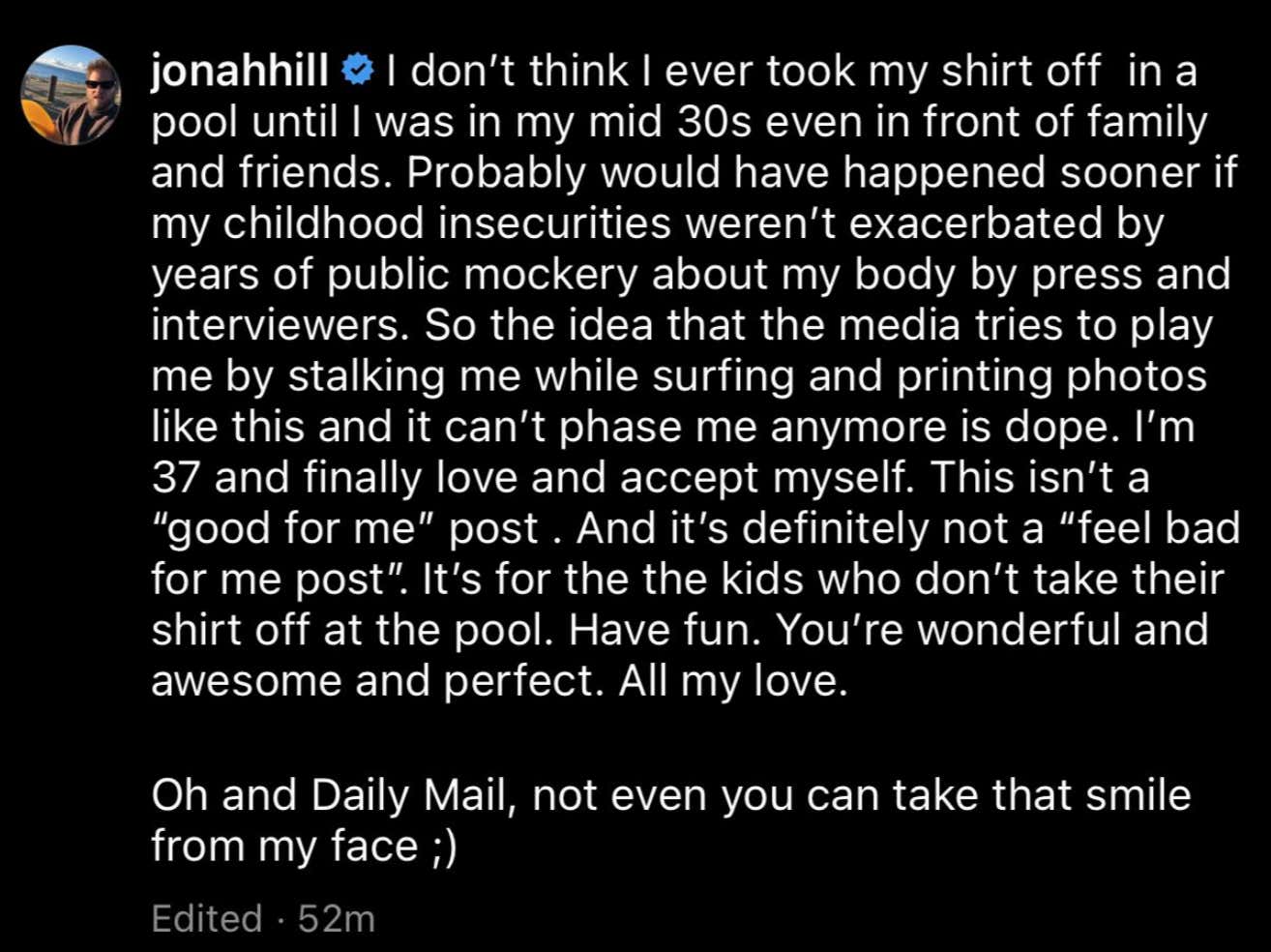 Hey, fair play to the guy. If you look through his interviews over the years, everyone is fixated on his weight, even during that period where he lost a ton of weight and was pretty thin for a while. You could sense how annoyed he was that the interviewers didn’t seem to care about his acting or the film he was promoting, but just obsessed about his body size/shape the whole time. No wonder the guy’s finally had enough!

Yeah OK nowhere in the Daily Mail article does it outright say “look how fat Jonah Hill is LOL”, but come on, they know exactly what they’re doing running a story like that. Body shaming men is a weird topic too, because we’re expected to be so alpha and secure and not show weakness when it comes to how we feel about our bodies. If you’re a man who’s uncomfortable in his body, it just leads to more piss-taking and subsequently more self-hate and insecurity. Jonah Hill is worth $50m and only recently at 37 felt comfortable enough to take his shirt off on the beach! 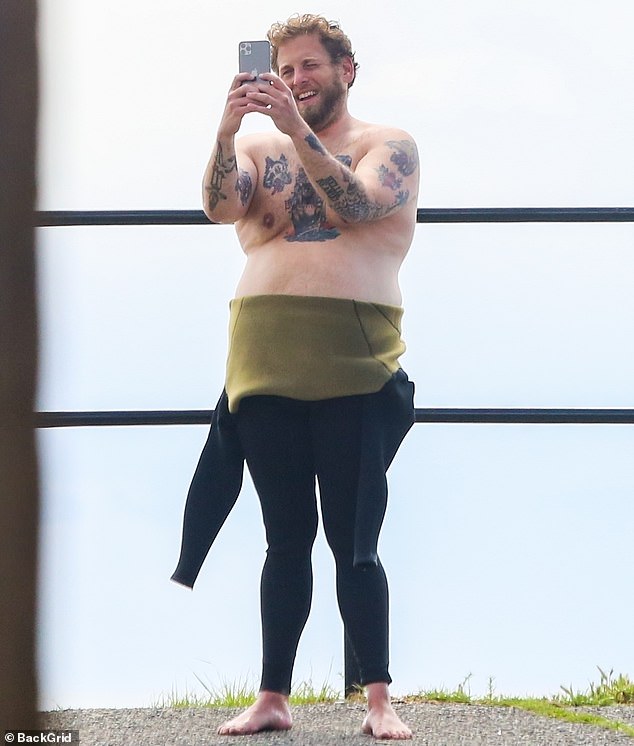 Am I saying that we at Sick Chirpse are going to stop making fun of fat people (and all other people in general) when there’s an opportunity to be funny? No, I am not saying that. But I feel like we can do that and also feel happy for Jonah Hill learning to love himself and overcoming his fear of being fat-shamed by major tabloids. Go Jonah Go!