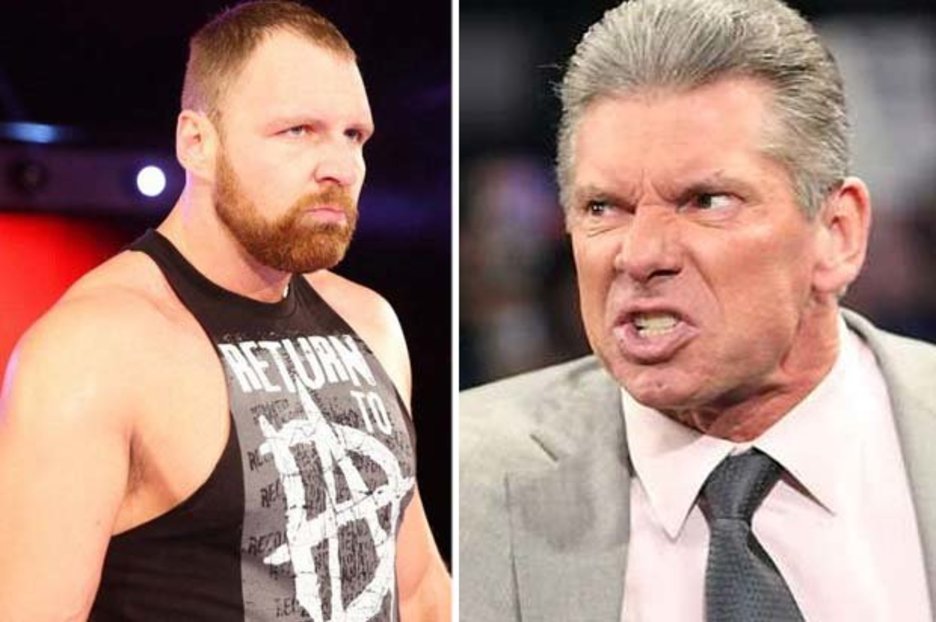 Working for Vince McMahon sounds like hell on Earth.

They got off to a good start with their first PPV Double Or Nothing on the weekend, where Moxley AKA Ambrose made his debut, attacking another former WWE star – Chris Jericho:

Moxley was then a guest on Jericho’s ‘Talk Is Jericho’ podcast where he spoke for the first time about walking away from a multi-million dollar contract with WWE because he simply couldn’t take working for that lunatic Vince McMahon anymore.

You can listen to the interview here or on Spotify. It’s truly fascinating stuff if you’re into the behind-the-scenes working of pro wrestling and want to hear what an absolute shit-show Vince McMahon and his creative process is. 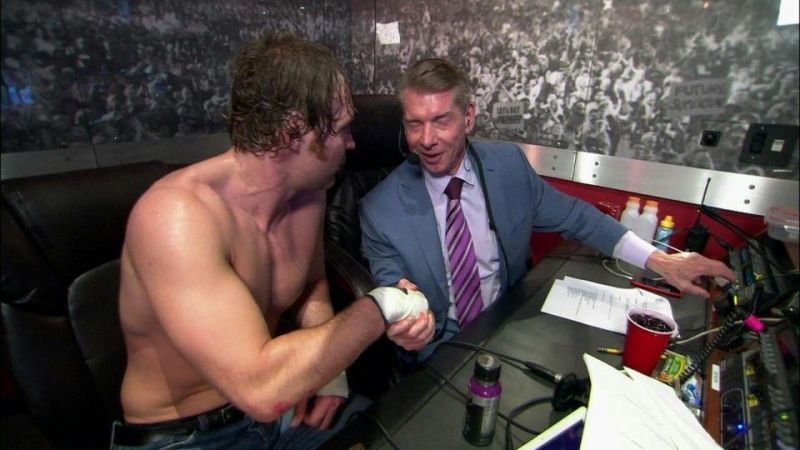 – He starts off by talking about how grateful he is for the opportunities WWE gave him and how he isn’t bitter or angry whatsoever, he had just reached the end of his tether with the company’s creative direction which it seems is 100% Vince McMahon’s fault (like others including CM Punk have testified). He then says “now that we’ve got that out of the way, let’s bury the company for the next 2 hours”.

– He 100% knew he was leaving WWE while he was out with an injury in July 2018. He didn’t want to quit on bad terms though because a) his wife Renee Young still works there and b) he didn’t want to get buried on his way out.

– He describes a script for a promo a WWE writer handed him which recapped everything Dean Ambrose did on the way to the arena that day. It was full of utter nonsense like riding a unicycle backwards and eating a pizza with a homeless person. He told the writer to rewrite it, only to be told Vince wanted all that stuff in. He went to Vince who immediately told him that the promo was “such great shit” and 100% on brand for his character and why people loved him so much. When Moxley asked Vince if his character was an idiot Vince laughed and said “it’s you! You’re… different!”. 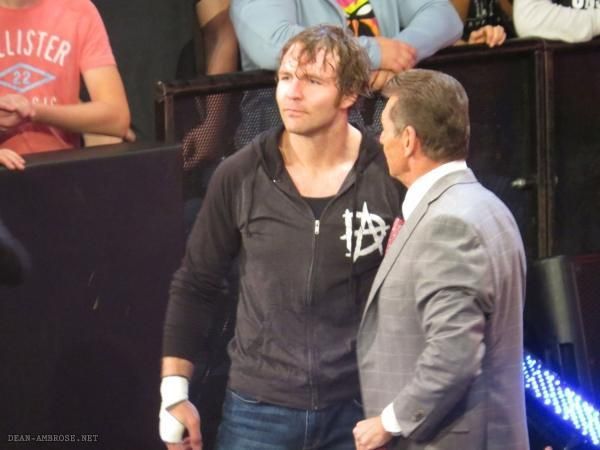 – Describes starting to count down the days until the end of his contract. On one episode of RAW he was given a script where had to do six pre-taped promos and one in-ring promo and they were all terrible. One line had a shockingly bad ‘pooper scooper’ joke in it. Moxley immediately refused to say it, only for Vince to send him a condescending note demanding he says exactly what the promo asks for verbatim and to never try to re-write the promos given to him. Ambrose says this felt like a punch to the gut and he started to feel physically sick every Monday at RAW.

– He talks about going into ‘self-preservation mode’ like so many other wrestlers who are trying to do what Vince tells them without completely destroying their reputations and will to live. 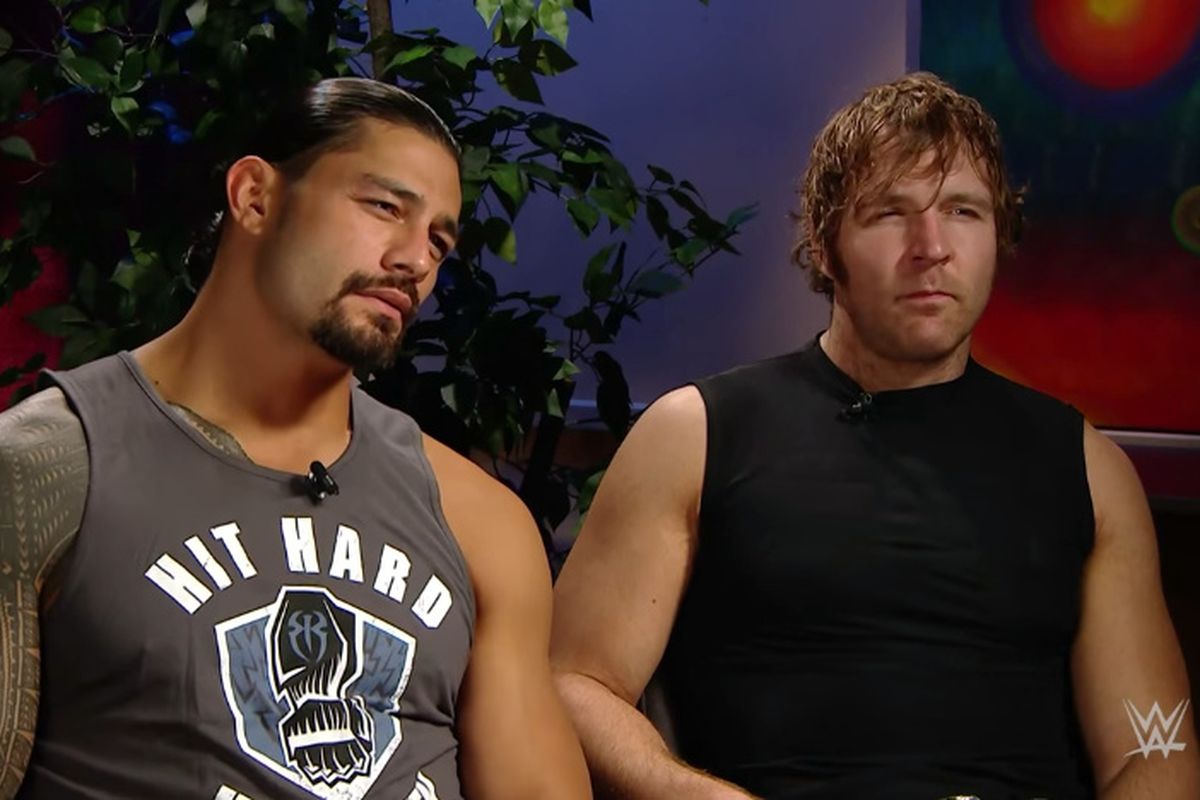 – Vince convinced him to take a jab at Roman Reigns’s recent leukaemia diagnosis during a promo, which Moxley says he regretted saying the second it left his mouth. He later had to convince Vince to not make him wear a surgical mask, and then a gas mask, and then a hazmat suit (apparently so he wouldn’t get ‘contaminated’ by the ‘dirty fans’) and overall had a night of total physical, mental and emotional exhaustion.

– On the day he thought he would walk out… Moxley got a text from a WWE writer explaining the plans for RAW. He’d be getting a ‘rabies shot’ to vaccinate himself from the diseases of the ‘disgusting fans’. When he went to talk to Vince he was again told the promo was “such great shit” and “incredibly well written”. After the promo he felt physically sick and depressed. Fair enough really, look at this shite:

– Vince tried to get Moxley to take more jabs at Roman Reigns’s leukaemia, and one of the things was so offensive and fucked up that Moxley was sure it would get them in trouble, lose sponsors etc. He flat out refused to say it.

– He says Vince McMahon and the WWE “take wrestling away from you” and don’t allow you any creative freedom or pride in your work.

– He flew to Stamford, CT to meet with Vince and flat out told him that he hates his character and has done for a long time. He presented some ideas to Vince about how he’d like to return from his injury as a heel (bad guy). Instead he returned in lame fashion as the ‘Good Ol’ Lunatic Fringe’. 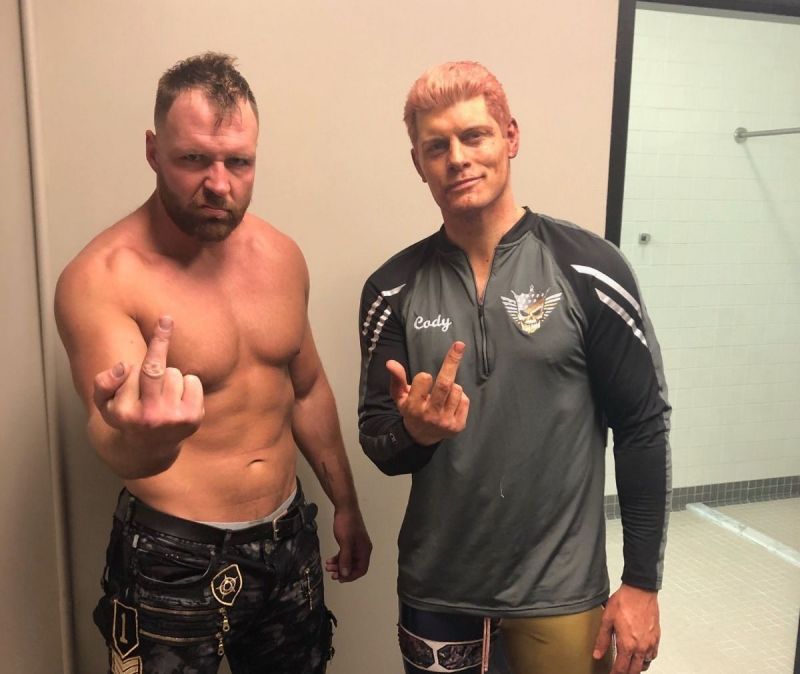 – He says if there were no other wrestling promotions in the world, he STILL would have left WWE because he was just so fed up with Vince McMahon.

– After he informed Vince that he wouldn’t be renewing his contract around the time of the 2019 Royal Rumble, they had him getting beaten up by female wrestler Nia Jax. He says he has no issue with this, but did feel it was being done as a punishment to embarrass him on TV.

– Says Vince was STUNNED to find out he was unhappy with his character and direction in WWE, even though it would be impossible for him to be surprised by that as Ambrose had been going to his office and complaining for the last year.

– Moxley says Vince paid Brock Lesnar “billions of dollars” to ruin his company because he’s got a billionaire’s complex and loves “owning” him.

– He didn’t even look at the new contract WWE presented him because he was so set on leaving. I actually believe him on this.

– Says he was googling ‘Depression’ towards the end of his WWE run because he was so upset, unhappy and unmotivated. Says he didn’t want to get out of bed. Yup, that sounds like depression Jon!

– He now wants to prove “WWE’s creative process sucks. It does not work. It’s absolutely terrible. It’s killing the company, and Vince is the problem”. As a childhood fan who can’t watch WWE anymore, would have to agree.

– Says Vince was shocked when fans reacted badly to Dean Ambrose losing in 2 minutes to new wrestler EC3 on his way out. Vince freaked out and his solution was to flip heel/face roles for Dean Ambrose and Seth Rollins for a single promo. Huh?

– Vince did what he could to make Ambrose look as weak and stupid as possible on his way out.

– He calls AEW owner Tony Khan the ‘complete opposite’ of Vince in terms of being a boss. Says Khan is a huge wrestling fan who you could sit there and talk random ECW PPVs from the 90s with for hours.

– Moxley says he hopes AEW forces WWE to step their game up.

– Vince called him not long ago and asked him to extend his contract until at least the European tour was over, as a ‘personal favour’. Ambrose refused.

There’s loads more they talk about and like I said, it’s a really fascinating listen. For the first time in ages the pro wrestling landscape looks promising now that WWE has a real competitor in AEW with the funds to employ anyone disgruntled with life in the WWE. Let’s hope they continue to put on quality shows like the ‘Double or Nothing’ PPV last weekend.

For the Twitter thread that lists some the craziest Vince McMahon stories you will ever read, click HERE. The man is totally off his rocker.