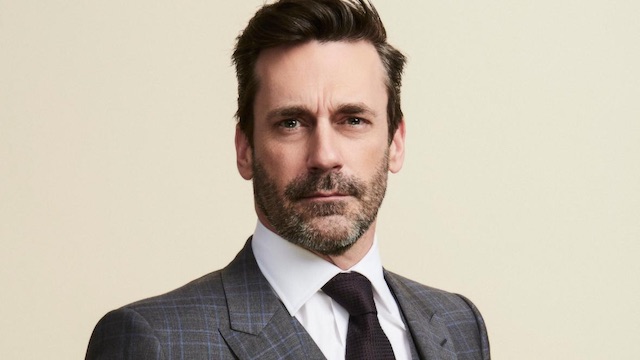 Started at the bottom now we here.

I think that most people with a vague interest in popular culture will know that Jon Hamm played the iconic role of Don Draper in ‘Mad Men’ even if they’ve never watched an episode of the show, but it’s important to remember that Hamm was 37 before he landed his breakthrough role and spent a lot of time slumming around Hollywood until this happened.

Whilst he probably looks back on some of these times with a fondness, Hamm has also revealed his lowest point at this time was when he found himself working in pornography. Not in front of the camera fortunately, but it still sounds incredibly grim:

I had a group of friends that lived out here that were from college, and we were all round commiserating one night, none of us had jobs, and we were eating a big bowl of pasta that we all chipped in to make or whatever.

It was depressing.  You’re looking at the saddest people in the world doing this, it was just a bummer.

It was not the side of the industry that inspires.

Yeah that does sound awful doesn’t it, but it’s like everyone always seems to say – you’ve gotta pay your dues to make it in the entertainment business and Jon Hamm’s story is another one about believing in yourself and finally getting everything that you’re worth. Thankfully he stuck with it and ten years later he was cast as Don Draper and gave us seven years of A+ television. Nice one buddy.

For more of the same, check out this video of Jon Hamm getting turned down twice on a terrible 90s dating show. Bet those girls are kicking themselves now.