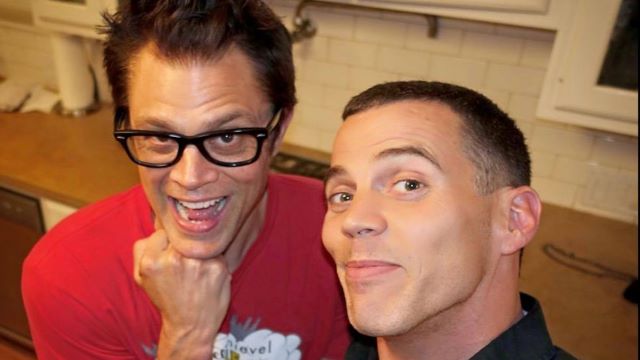 They’re not spring chickens any more.

The Jackass boys are back risking their lives and doing the dumbest shit imaginable for our entertainment, but alas it’s only taken 48 hours for Johnny Knoxville and Steve-O to end up in hospital as filming for Jackass 4 got underway this week.

Bam Margera posted a video on his website revealing that filming has been paused following the pair’s injuries, and also explaining how the injuries occurred:

Welp, turns out there’s a big difference between being 25 and 45 when it comes to subjecting your body to extreme levels of abuse. I mean it’s a miracle these lads are still alive at this point (RIP Ryan Dunn), but clearly they’re much older now and will be getting hurt much easier. Back in the day jumping on a treadmill while carrying musical equipment would have been a walk in the park for these two, but in 2020 it’s landed them in hospital. I guess Father Time comes for us all.

Good news is this they’ll be back up on their feet in no time and you can bet this won’t deter them for doing even more mental shit. Especially considering they’ll be looking to top some of the hilarity and madness they pulled off in the past, like sledgehammering each other’s balls, having bulls chase them while wearing red, lighting fireworks in their parents’ bedrooms, blasting each other with riot control bullets at close-range, etc. All classic material that made our childhoods that much better. Cannot wait for Jackass 4 to drop sometime in 2021. Good luck, boys!

For Bam Margera’s story of the worst thing a Jackass fan ever did, click HERE. Warning = seriously gross.