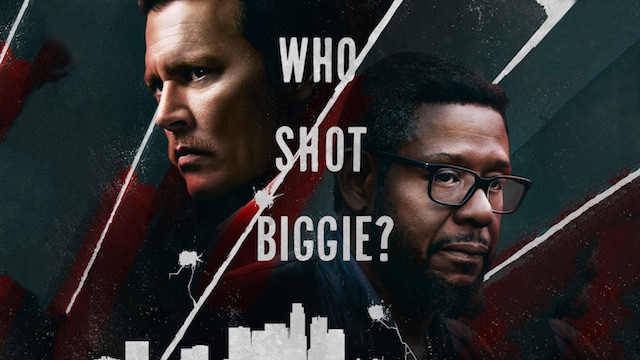 Didn’t expect to be hearing from him so soon.

I thought it might be a while before we saw any new material from Johnny Depp given his recent problems with Amber Heard, but it looks as if the studios are hustling to get ‘City Of Lies’ out under the radar before the end of the pandemic.

The movie has been delayed several times over the past few years – the first trailer appeared online in 2018 – after Depp’s well publicised problems with Heard, the fact that he allegedly attacked someone on set whilst filming it and rumours that the LAPD aren’t happy about the way that they’ve been portrayed in it and have placed political pressure on it not to be released. Wow.

Anyway, the movie tells the story of LAPD detective Russell Poole who was investigating the death of the Notorious B.I.G. back in 1996, who is lured back into looking into the case again 20 years later by a journalist named Jackson (Forest Whitaker). Clearly, people don’t want them doing this and that’s what the movie is all about:

I guess that kind of looks like it might be OK, although it also looks like the kind of movie that you would see the trailer to back in the 90s when you rented a video before the main event started up, although slightly elevated by the presence of Depp and Whitaker. Might be worth checking out when it drops on OnDemand services on April 9th.

For more of the same, check out the photo of the poop that ended Johnny Depp’s marriage. Not surprising really.