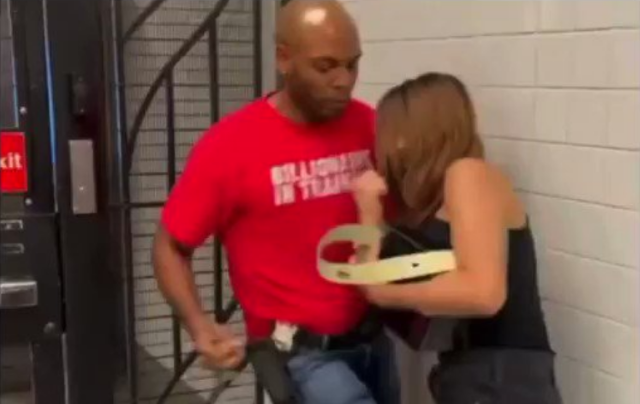 This is utterly insane.

A New York police sergeant named John A. Zorrilla is under fire (well, from the internet at least) after footage of him using excessive force on a woman on the subway went viral.

Not only that, Zorrilla then gets into an argument with a witness who was filming, before macing the guy and beating him up.

Three separate clips – watch them below:

This was last night in NYC.

And after this arrest, this cop brutalized, pepper sprayed and arrested someone who had been filming them and holding them accountable.

As you can see by the text on the first Tweet, this guy is a sergeant with the NYPD making $162k a year, and has been steadily promoted over the years despite over 20 misconduct allegations and 6 lawsuits. What’s this guy got to do to be punished for his actions? He just looks so comfortable out there abusing his power on the streets of New York, knowing that he’s going to get away with it every time.

The craziest part? This all started over a $2.75 subway fare that the young lady in the first video allegedly hadn’t paid, according to Raw Story. Arrest for fare evasion? Physical brutality? Then bullying, assaulting and arresting a guy for filming it? This asshole cop is like a wannabe Denzel from Training Day or something.

Well anyway, now that the internet is kicking up a fuss, maybe something can finally be done about this fraud. Although with how corrupt the police are over in the States, I wouldn’t hold my breath.

To watch a handcuffed student headbutt a police officer and then get tasered into oblivion, click HERE. That one was deserved, to be fair.